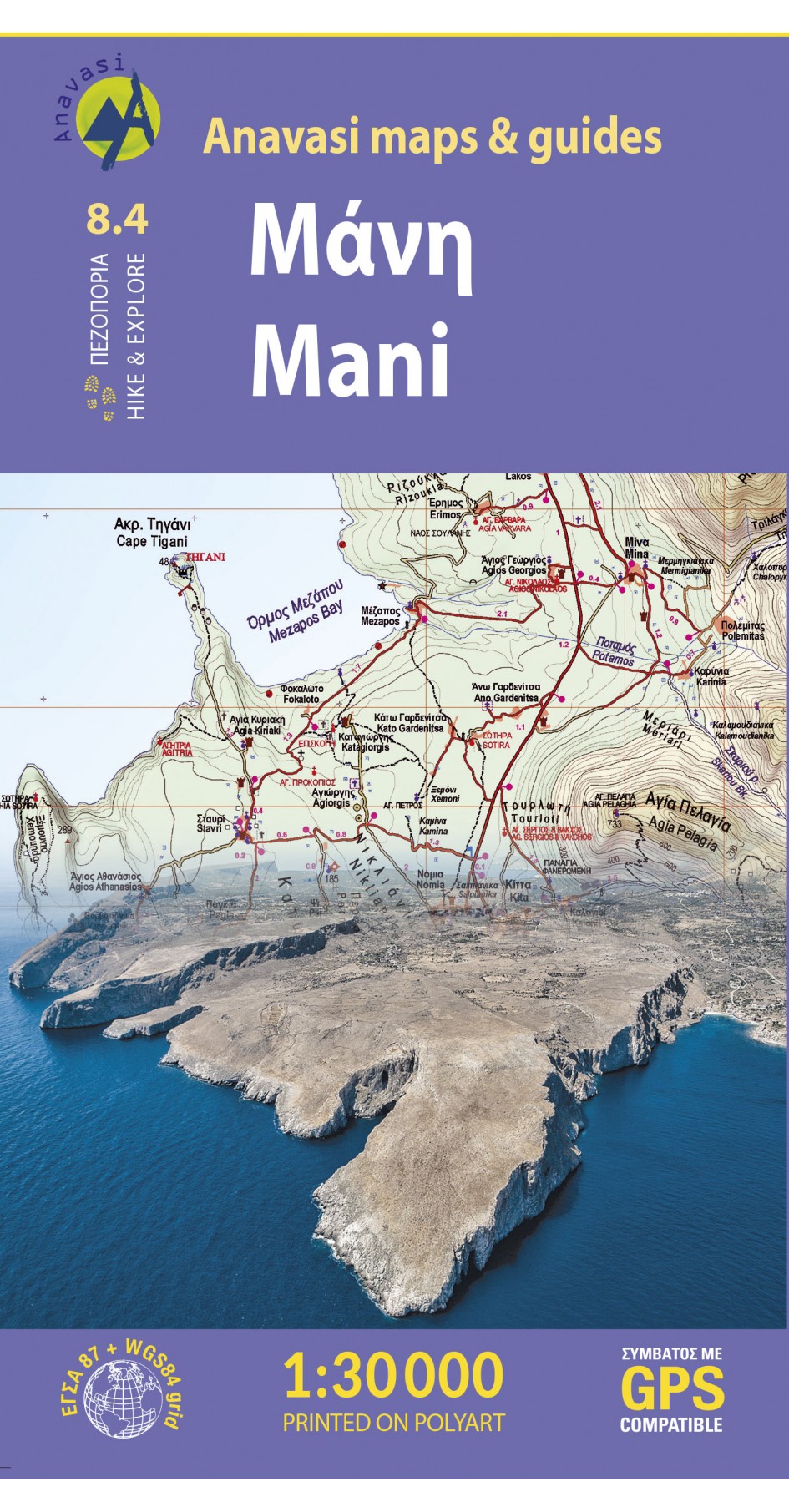 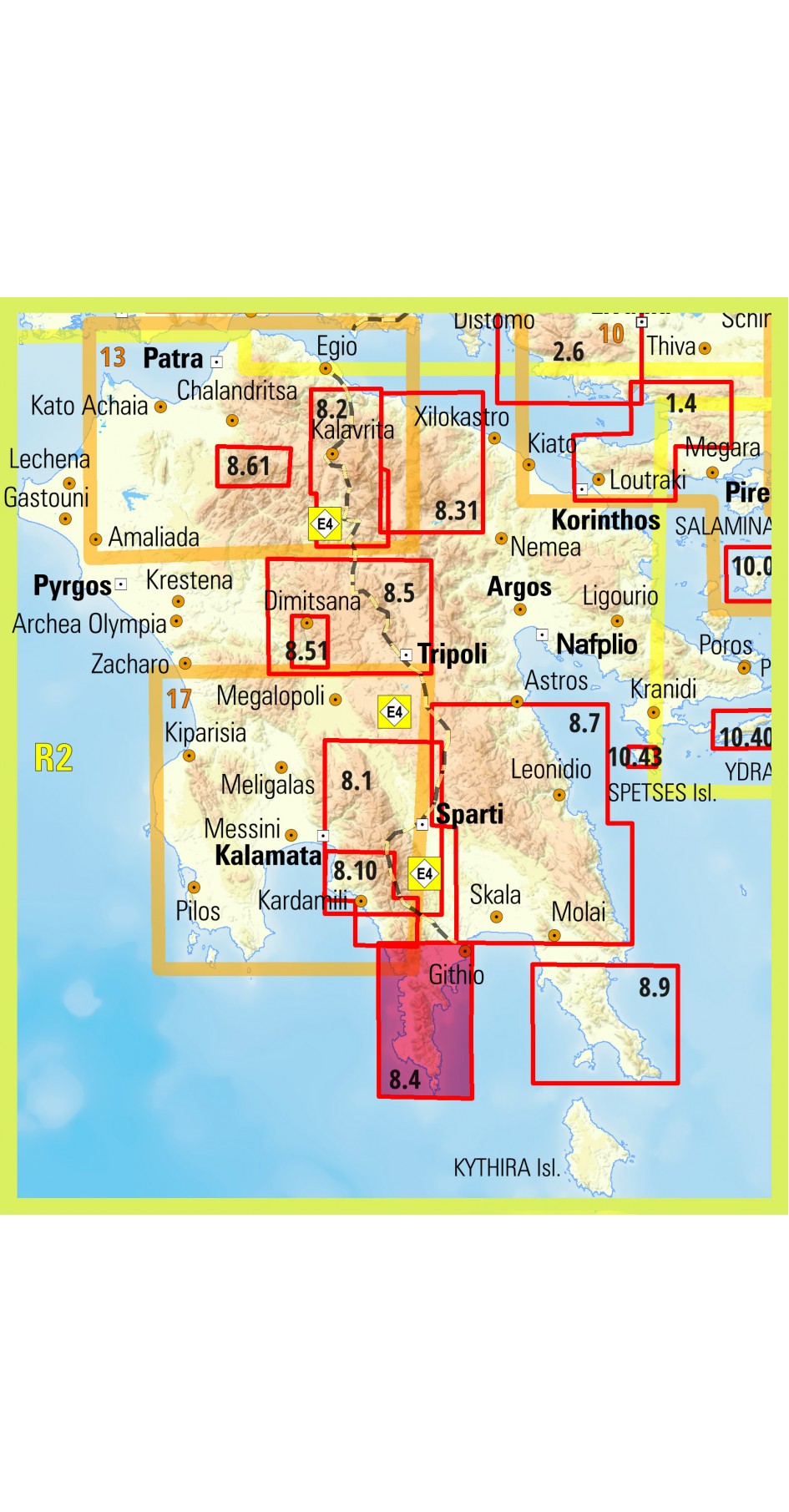 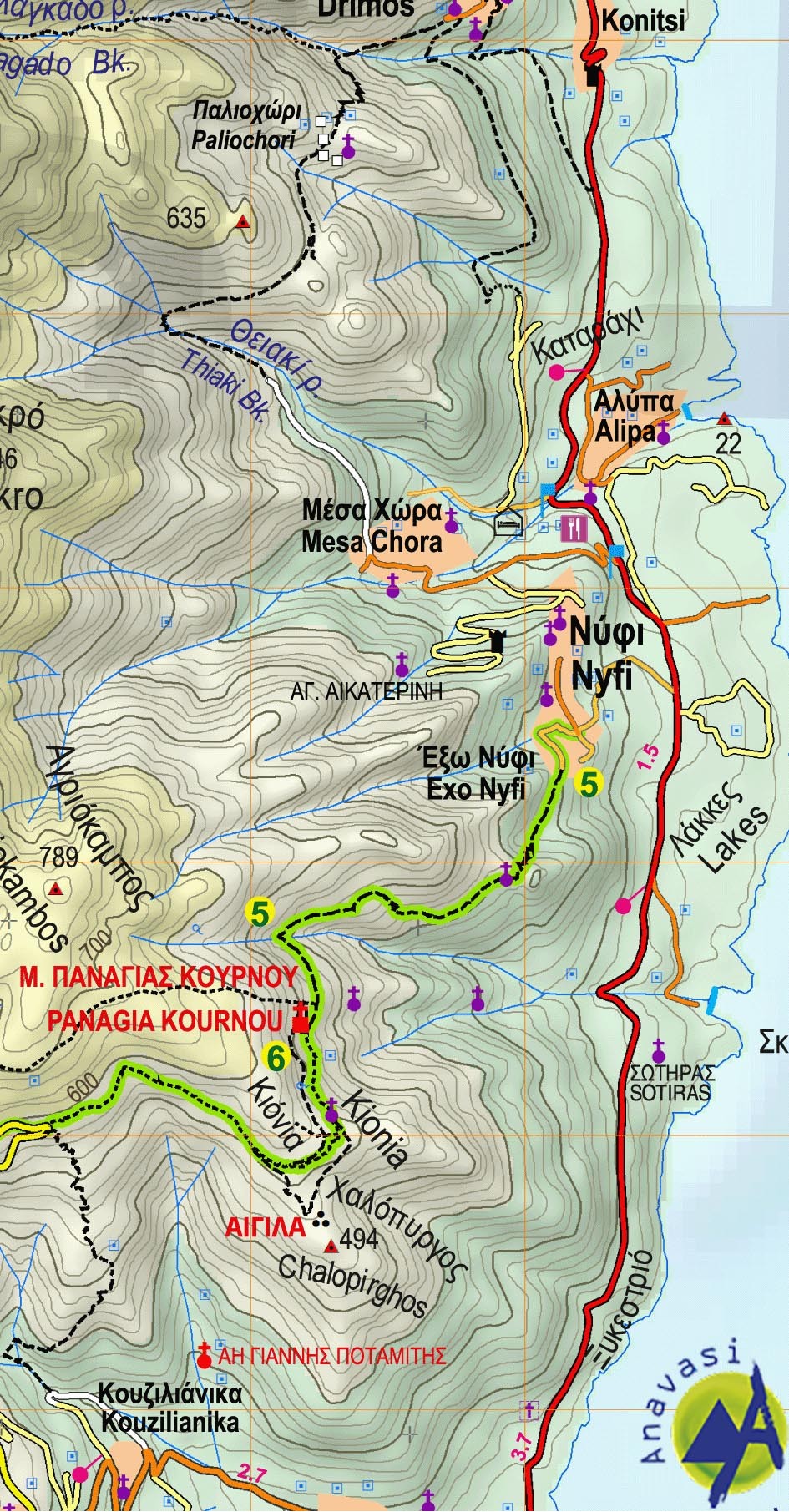 Hiking map of Mani in scale 1:30 000, a wild and sparsely inhabited region. Past the fertile zones of Gythio and Itilo, the map will guide you to the arid part of the peninsula known as "Mesa Mani" and as far as Cape Matapan or Tainaro (famous for the naval battle of Matapa in March 1941). An unforgetable hike to the southernmost point of the Peloponnese and what was considered in Ancient times the entrance to the underworld. Pausanias and Plutarch mention a cave used as a temple of necromancy in Tainaro.

Many chapels are to be found dating from the mid-Byzantine period and hundreds of towers isolated or grouped in villages. Additional sights include the Frankish castle of Passavas and Diros caves, as well as the lighthouse of Tainaro.

Hiking in the Peloponnese
07 Jun 0