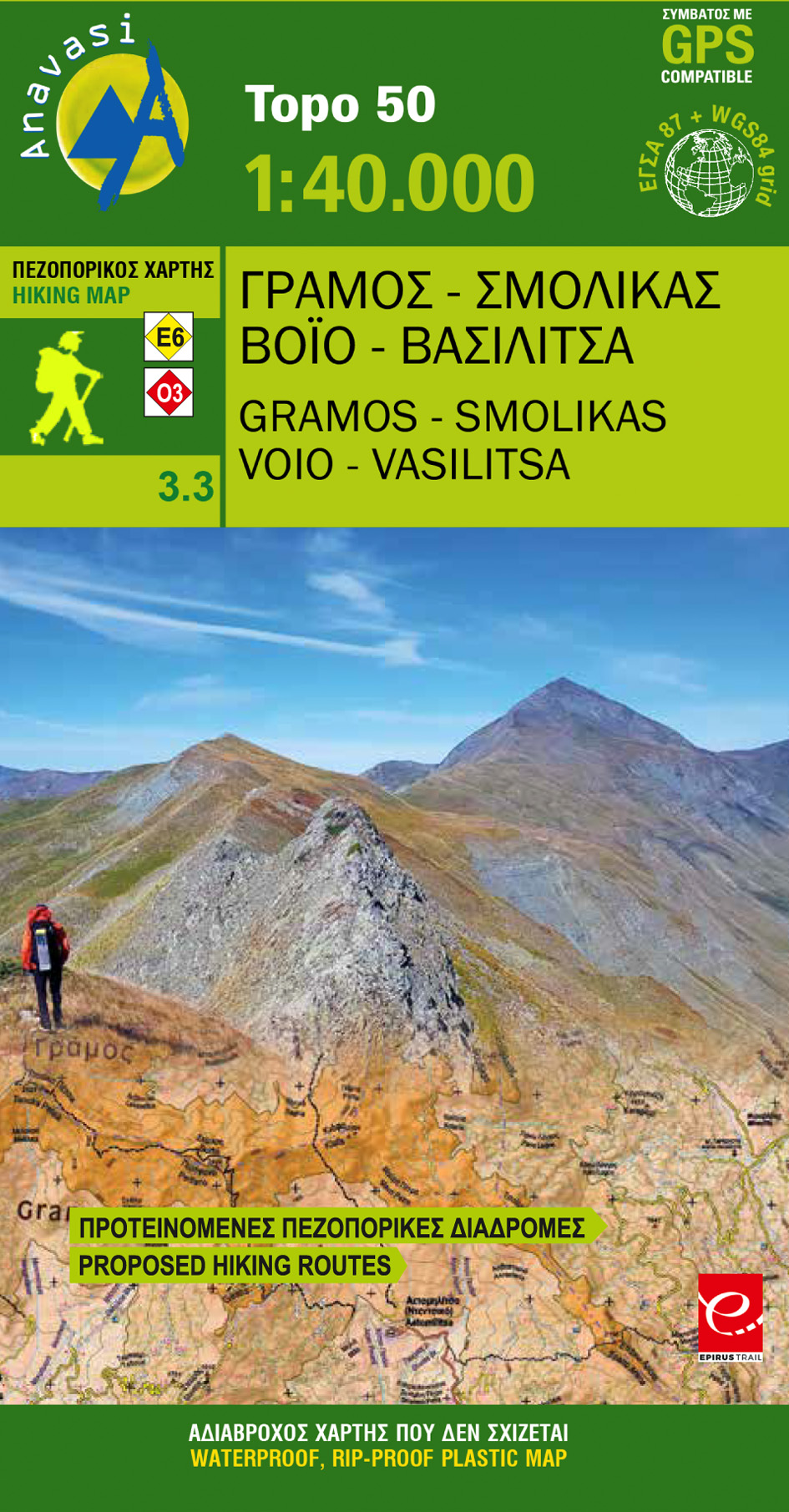 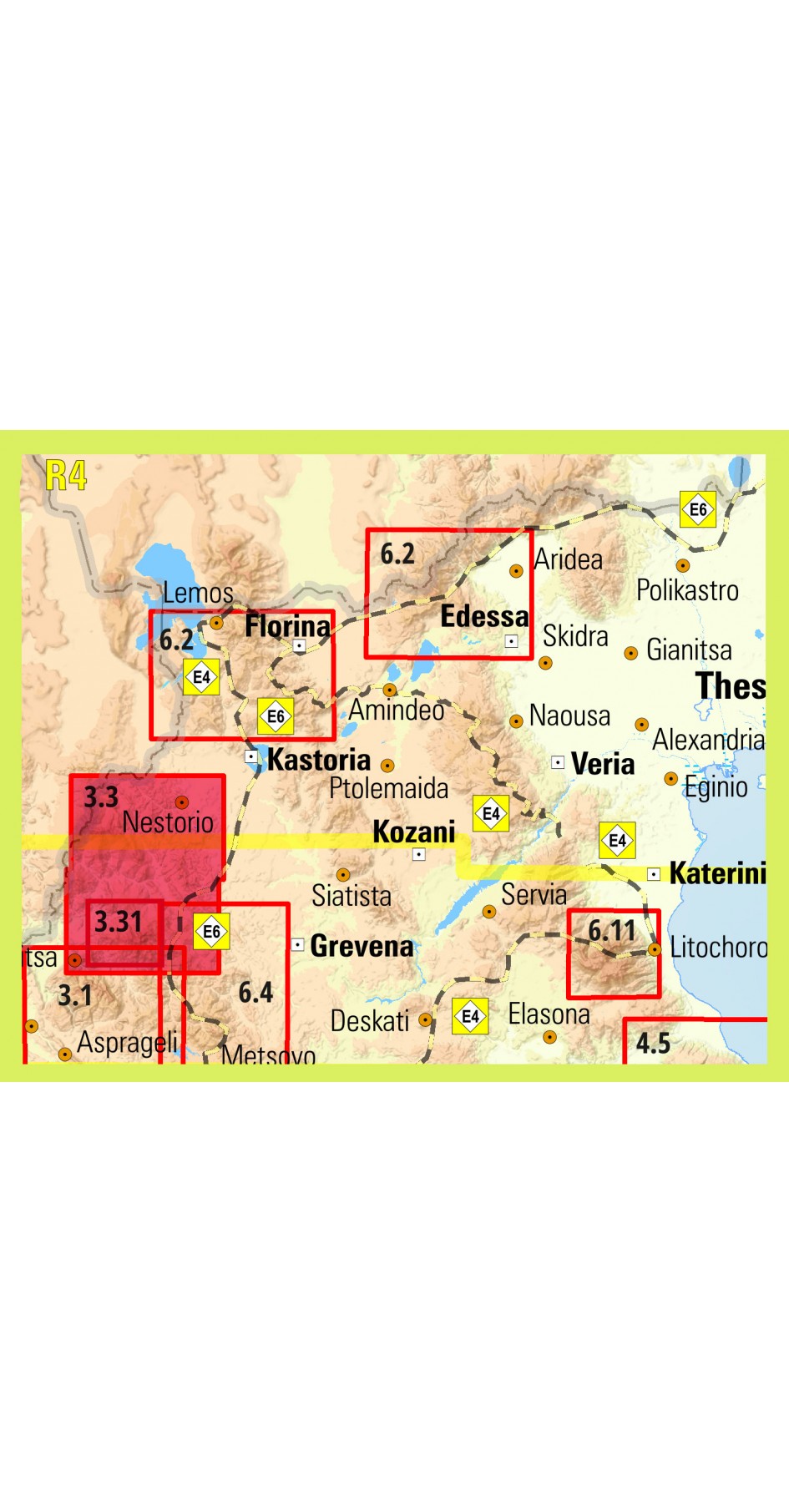 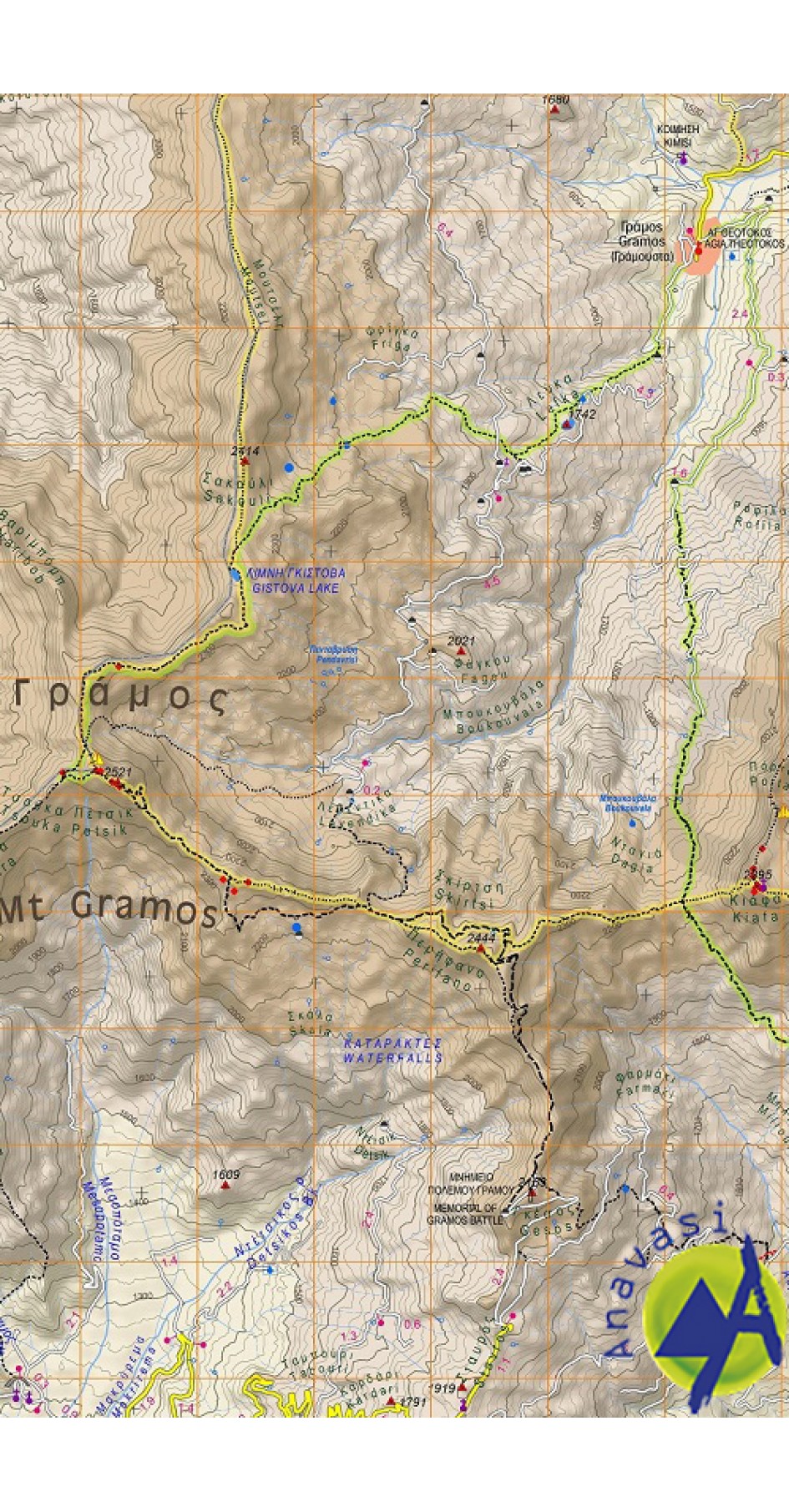 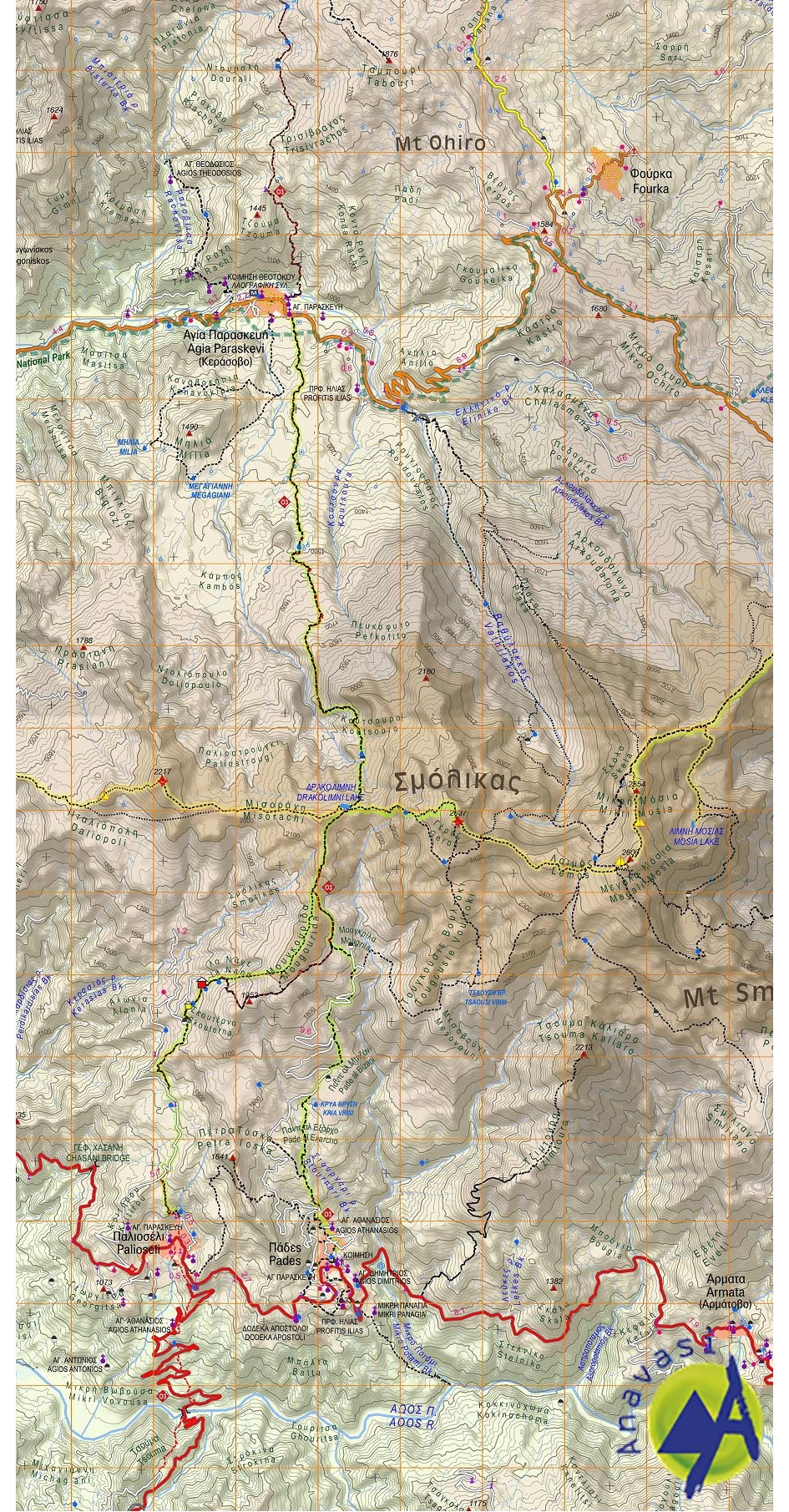 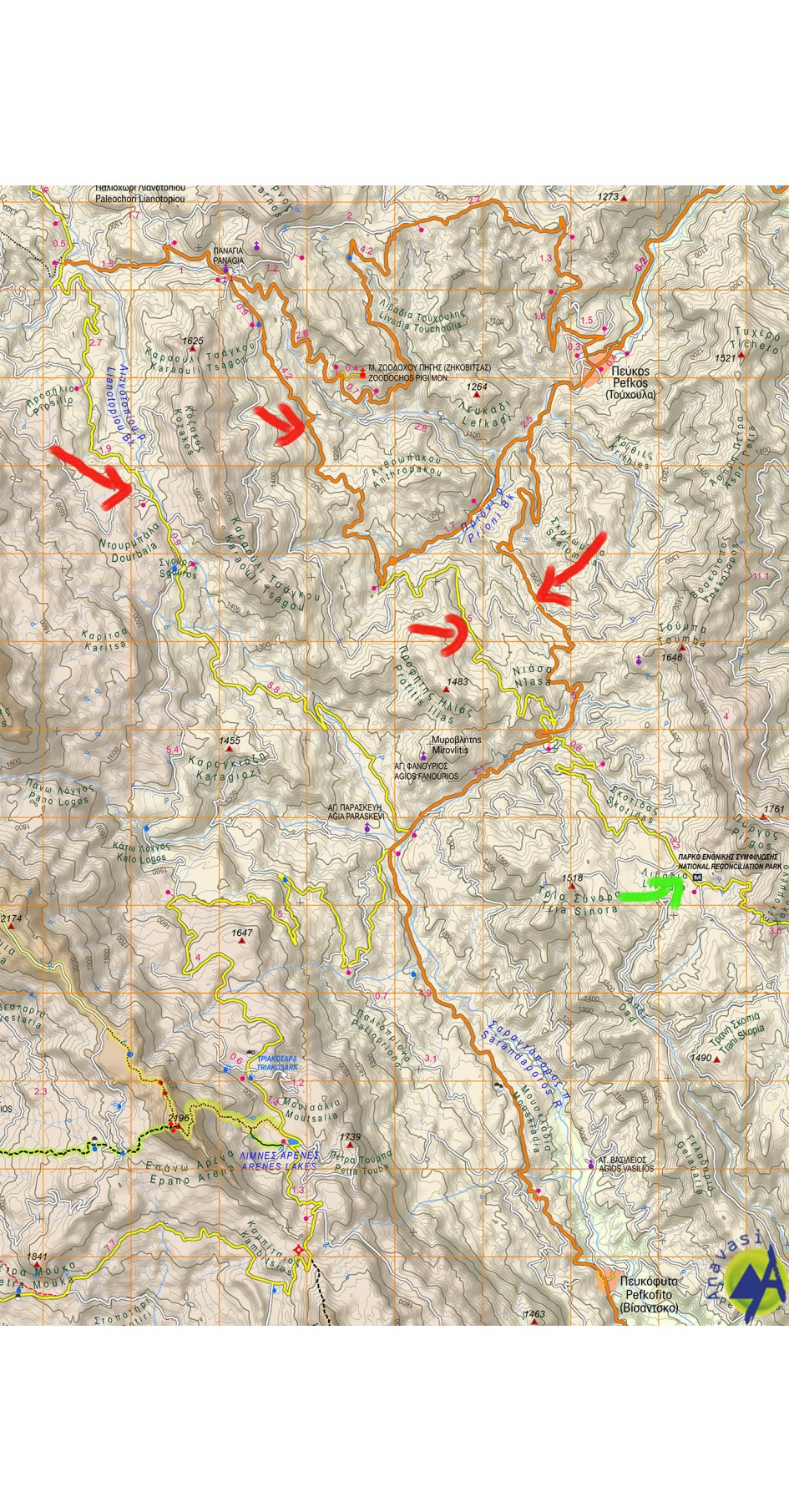 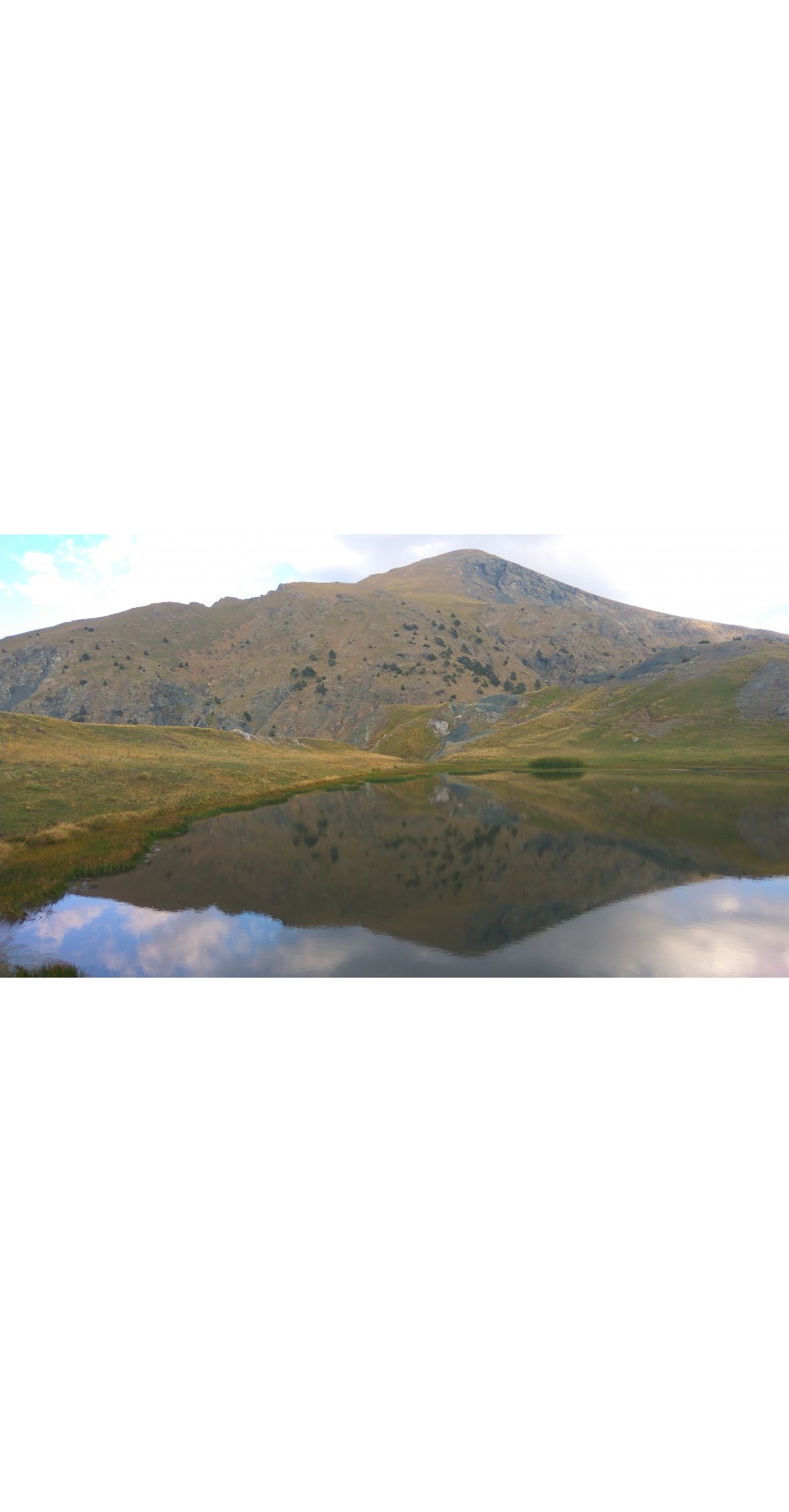 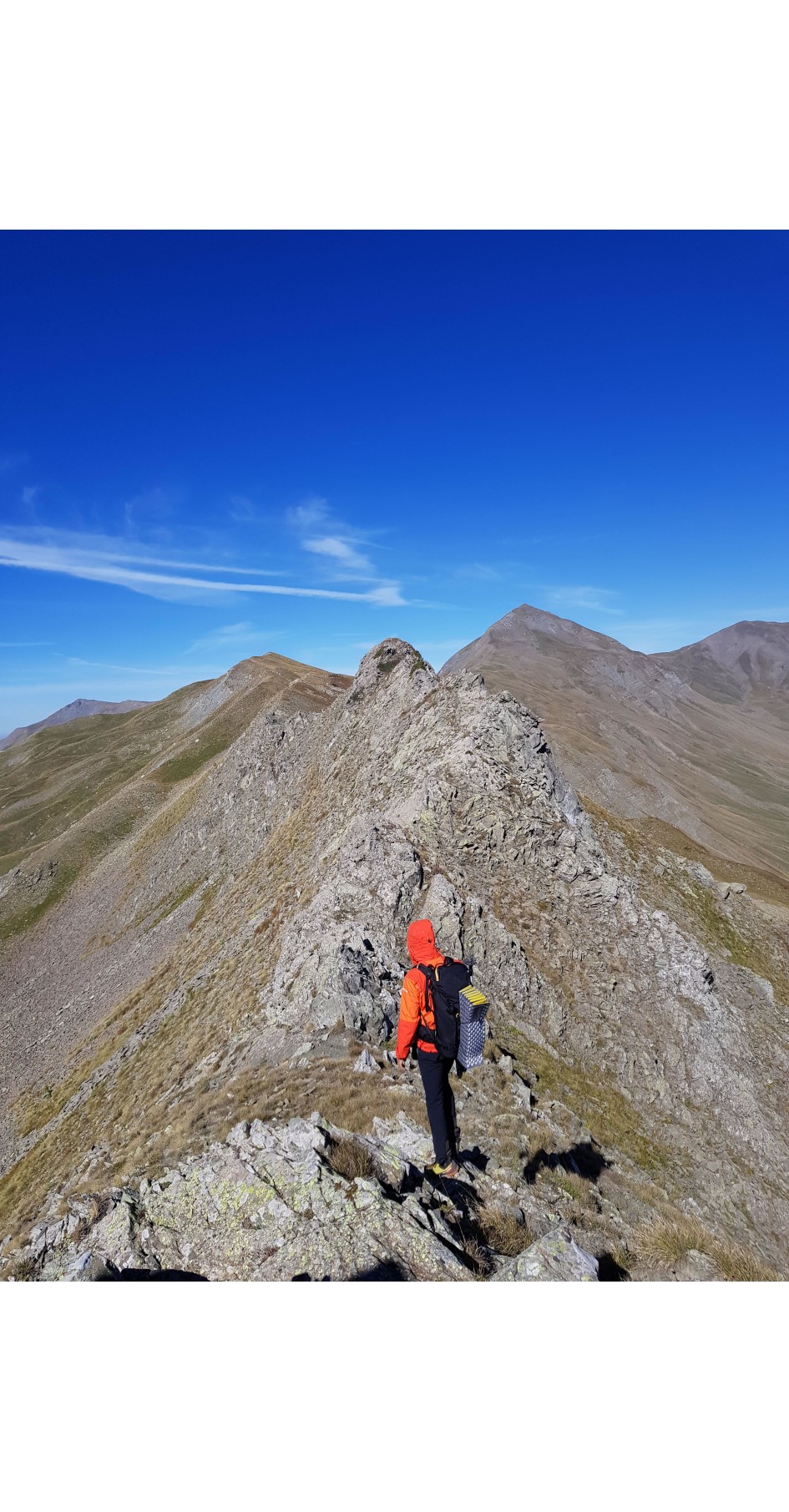 Quickview
Grammos and the Mastorochoria villages of Konitsa (In Greek)
22.00€
Ex Tax:22.00€
Add to Cart Add to Wish List

The highest peak is Tsuka Petsik with an altitude of 2520m. Gramos is the fourth highest mountain in Greece after Olympus, Smolikas and Voras.

This map covers the region north of the Zagori up to the Albanian border. A mountainous landscape of alternating peaks and ridges. The large riverbed of Sarandtaporos delilimits Mts Gramos, Smolikas and Voio.

Almost inaccessible for decades after the civil war, the area is once again gaining the interest of travelers, as it offers an inexhaustible field for nature-loving and cultural exploration. The hiking map of Gramos-Smolikas-Voio-Vasilitsa covers all Gramochoria and Akritochoria, while in the northeast the map reaches Nestorio. Further south are the Mastorochoria and Kastanochoria of Voio with the wonderful chestnut forests. In addition, several new hikes and dirt roads have been added to the map.

In the picture of the map with the red arrows, see the corrections of the roads that, instead of dirt roads, appear in the printed version as asphalt. Some roads have also been added and the addition of the National Reconciliation Park. Read more here.

* Grammos or Gramos? The correct spelling is not certain, but the double "m" in Grammos would etymologically associate the mountain with the word "line" ("grammi" in Greek).

Map corrections in Gramos
13 May 0

Marking of paths in Grammos by the Cultural Associations of Aetomilitsa.
31 Aug 0