Olympus the first ascent in 1913

In July 1913 the Swiss Frederic Boissonnas (1858-1946), photographer-publisher and Daniel Baud Bovy (1870-1958), writer-technocrat, after their tour of the liberated Epirus, arrive in Thessaloniki to watch and photograph the war companies, invited by the Greek Government. The two Swiss, in order to take advantage of the eight days between their two mandatory cholera vaccinations, decided to explore Olympus, thus fulfilling an old dream of theirs.

On July 28 they arrive in Litochoro, coming by boat from Thessaloniki (as was customary at the time) and after taking as guide the wild goat hunter Christos Kakalos (1882-1976) they start the next day for the Monastery of Agios Dionysios, where they arrive at noon. After a while they go up the old path to the north of the monastery and camp in Petrostrouga.

On July 30, after leaving Petrostrouga and its forest damaged by a large fire, they ascend to Skourta and after crossing the "neck" they reach the edge of the plateau which they immediately baptize "Meadow of the Gods". Then they go up to Prophet Elias and explore the base of Stephen. This peak is christened "Throne of Zeus", while in Skolio they give the strange name "Black Peak" (because at that time its side towards the Great Cauldrons was dark).

From the plateau descend some steep slopes and in two hours they reach the edge of the forest, where there was a lumberjack hut, where today is the small clearing, NE of the shelter "Spilios Agapitos", which has been adapted for a helicopter landing. There in the hut they realize what is the "road" to the top. On July 31 the whole team takes the road back. But near the monastery they decide to try to climb the highest and most deceptive peak of Olympus. So they return to Prionia, where at night they are tested by a terrible storm. The next day, quite distressed, they go up to Mavrologgo and in the afternoon they arrive in Kalyva where they spend the night.

Before dawn they still start with fog, hail and strong wind. After a arduous ascent from small ravines, ravines and steep slippery cliffs, they reach with one last raid on a narrow ridge (from the description it seems that they climbed directly from the Belts). Climbing constantly in the fog, Christos Kakalos barefoot in front and the two Swiss tied with a rope at the back, finally climb to a "devoured" peak which, thinking that it is the highest, is christened "Peak of Victory" (in honor of the victory of the Greek troops in Sarandaporo). The Swiss write a few words on a climbing card, put it in a bottle and carefully place it under a pile of stones to protect it (it was found after 14 years, it was sent to Switzerland and today it is in the EU offices. Ο.Ο.Α.).

But in the open air, they see another more terrible peak higher than them and they understand their mistake. Disappointed, they descend the steep peak that they now call "Tarpiia Petra" and take the "road" down. But, as Boissonnas later writes, in the heart of every mortal is a piece from the fire of Prometheus.

Christos Kakalos with his head down, speechless, goes down the steep edge. Stops. In front of him is the "vertical corridor" that leads to the highest peak. Above? He asks. The Swiss wink at him. It is the secret decision that all three of them had made before, each for himself, without exchanging a word. All of them one thought, one heart. For no other reason, Kakalos leaves the photographic tools he was carrying and throws himself in front, stubbornly climbs the smooth and dangerous rocks followed by the two Swiss and yes, in a little while he is at the end, he does not go any further, he is at the top.

The peak was originally named "Venizelos Peak" (Mytikas was later named) and the narration of the ascent became officially known in 1919 with the publication of the book "La Grece Immortelle)". 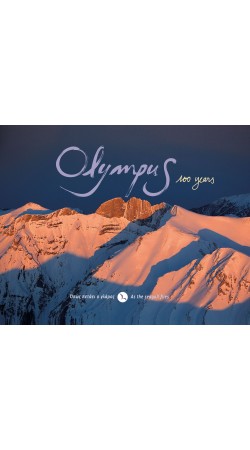 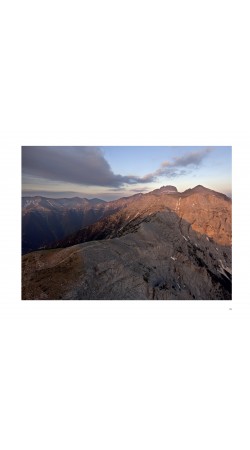