Crete is the largest and most populous of the Greek islands and the fifth largest island in the Mediterranean Sea. The island is the southernmost of Greece. Its capital and largest city is Heraklion, located on the north shore of the island.

Crete has an elongated shape: it spans 260 km from east to west, is 60 km at its widest point, and narrows to as little as 12 km. The total area of the island is of 8,336 km2, with a coastline of 1,046 km!  It bounds the southern border of the Aegean Sea, with the Sea of Crete (or North Cretan Sea) to the north and the Libyan Sea (or South Cretan Sea) to the south.

Cretan landscapes are so diverse that Cretans often refer to their homeland as a continent.

Crete is mountainous, and its character is defined by a high mountain range crossing from west to east, formed by six different groups of mountains:

These mountains rise above numerous valleys, such as Amari valley, or fertile plateaus, such as Lasithi plateau, Omalos and Nidha. Numerous caves hide inside the mountains, such as Gourgouthakas, Diktaion, and Idaion.

Numerous gorges or narrow valleys with steep rocky walls, are located between hills or mountains like the Samaria Gorge, Imbros Gorge, Kourtaliotiko Gorge, Ha Gorge, Platania Gorge, the Gorge of the Dead (at Kato Zakros, Sitia) and Richtis Gorge and (Richtis) waterfall at Exo Mouliana in Sitia

Maybe you didn’t know but Crete is surrounded by smaller islands, islets. Here are some of them:

Gramvousa (Kissamos, Chania) the island opposite the Balo lagoon

Elafonisi (Chania), which commemorates a shipwreck and an Ottoman massacre

Paximadia island (Agia Galini, Rethymno) where the god Apollo and the goddess Artemis were born

The Venetian fort and leper colony at Spinalonga opposite the beach and shallow waters of Elounda (Agios Nikolaos, Lasithi)

Dionysades islands which are in an environmentally protected region together the Palm Beach Forest of Vai in the municipality of Sitia, Lasithi

Off the south coast, the island of Gavdos is located 26 nautical miles (48 km) south of Hora Sfakion and is the southernmost point of Europe.

The climate in Crete is primarily Mediterranean with humid atmosphere near the sea, while winter is fairly mild. Snowfall is common on the mountains between November and May, and some mountain tops are snow-capped for most of the year (one possible explanation for the name of the White Mountains).

The south coast,delongs to the North African climatic zone, and enjoys significantly more sunny days and high temperatures throughout the year. There, date palms bear fruit, and swallows remain year-round rather than migrate to Africa.

Humans have inhabited the island since at least 130,000 years ago, during the Paleolithic age. Crete was the centre of Europe's first advanced civilization, the Minoans, from 2700 to 1420 BC.

It has been ruled by various ancient Greek entities, the Roman Empire, the Byzantine Empire, the Emirate of Crete, the Republic of Venice and the Ottoman Empire. After a brief period of independence (1897–1913) under a provisional Cretan government, it joined the Kingdom of Greece. It was occupied by Nazi Germany during the Second World War.

How to get to Crete:

Reach Crete by plane by domestic and international connections (via its three major airports), or by ferry, via the ports of its major cities.

Traveling by ferry allows you to bring your car with you, to facilitate your discovery of the island.

In addition, the plane only allows you to travel to Heraklion, Chania and Sitia while the boat allows you to reach other big cities like Rethymno and Kissamos.

Top 10 sights to visit in Crete 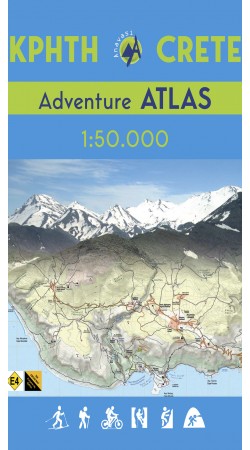 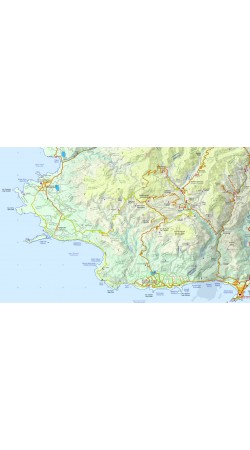 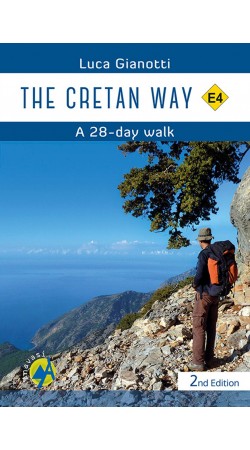 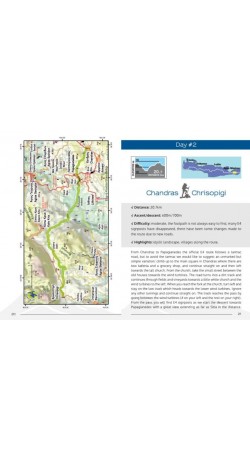 The Cretan way (2nd edition) Ε4
The Cretan Way is a 500 km walking route which takes you from east to west across the varied and spectacular landscapes of Crete. It is the ideal way ..
18.55€
Ex Tax:18.55€
Add to Cart
Add to Wish List
Quick buy Ask about
Quickview 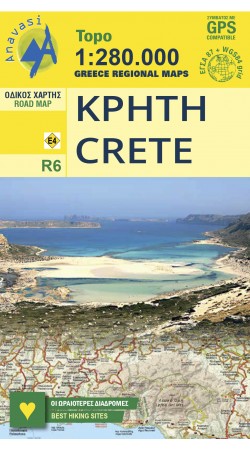 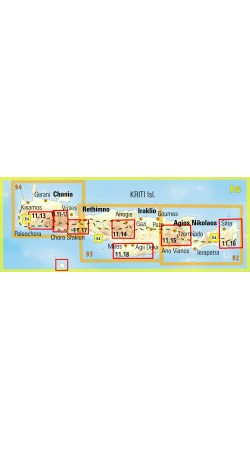 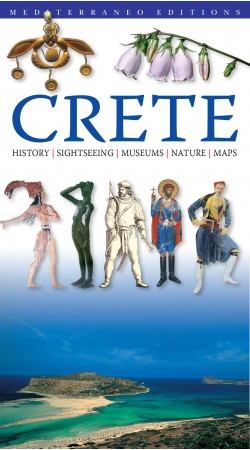 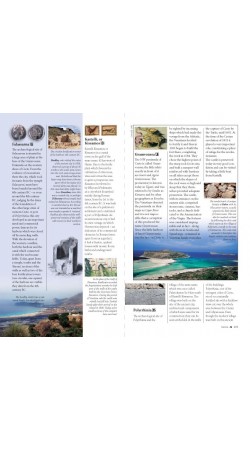 Crete : History - Sightseing - Museums - Nature - Maps (English)
On the southernmost edge of Greece - indeed of all Europe - and in the midst of the eastern Mediterranean, lies Crete, an island with a population of ..
15.00€
Ex Tax:15.00€
Add to Cart
Add to Wish List
Quick buy Ask about
Quickview 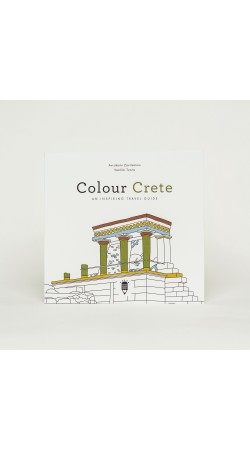 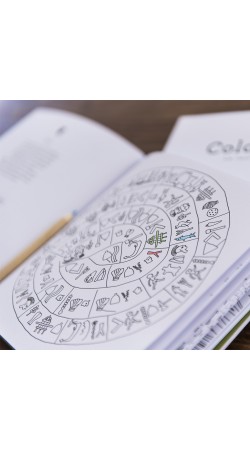 Colour Crete - An Inspiring Travel Guide
Inside this 40-page travel guide and coloring book by Colour Greece, you'll find a map, and places to visit and color!..
14.95€
Ex Tax:14.95€
Add to Cart
Add to Wish List
Quick buy Ask about