Crossing Taygetos by a cart-wheel, by G.A. Pikoulas

In Anavasi’s new guide and 1:25 000 map of Taygetos that will be released at the end of March, Yanis A. Pikoulas, Professor of Ancient Greek History, University of Thessaly (HASA) writes about the ancient passages of Taygetos.

“A route would connect to Messenia via Agios Dimitrios and the Vasiliki forest (1515m. maximum altitude), following the natural route of the Vyros gorge. The ancient road might also have taken a more southern route such as that of the modern dirt road from Agios Panteleimon in the Vasiliki forest to Exochori. In any case, several stretches of well-built kalderimi (cobbled track) on the path from Agios Dimitrios suggest the use of a similar route in antiquity.”

“At least three main vehicle routes, each with a network of by-roads, crossed the
Taygetos range from east to west, as evidenced by their ancient remains: sunken road-beds and wheel-
ruts carved in the rock. For most of the year, from April or May until late autumn, it was possible to
cross Taygetos by cart-wheel. Even during the winter, communication between the two regions was
not cut off. Ancient travelers bypassed the main mountain range, using low-elevation passes near
Megalopolis to the north.” 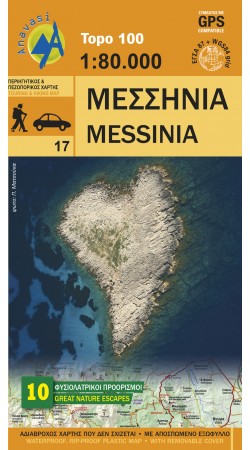 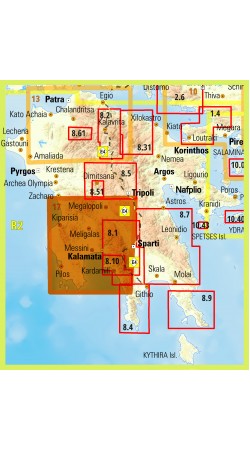 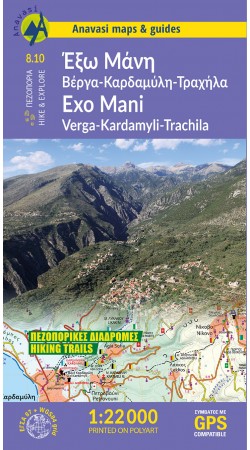 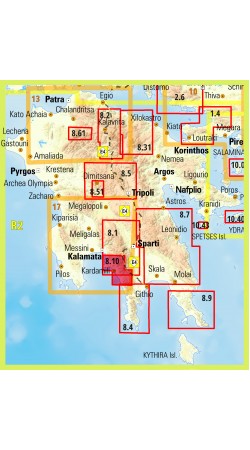 Exo Mani – Verga, Kardamyli, Trachila • Hiking map 1:20 000
Hiking map of Exo Mani in a scale of 1:20 000 Mani is the middle and southernmost peninsula of the Peloponnese and is split between Laconia and Mes..
8.50€
Ex Tax:8.50€
Add to Cart
Add to Wish List
Quick buy Ask about
Quickview 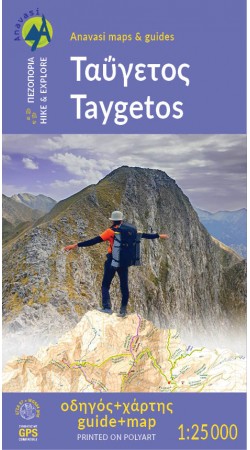 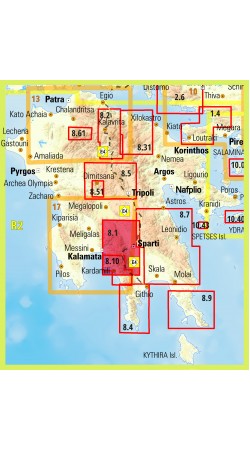 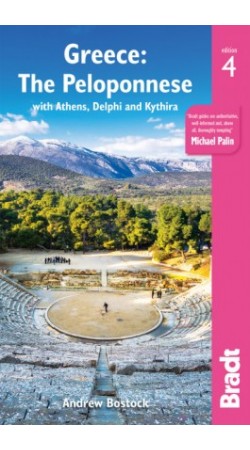