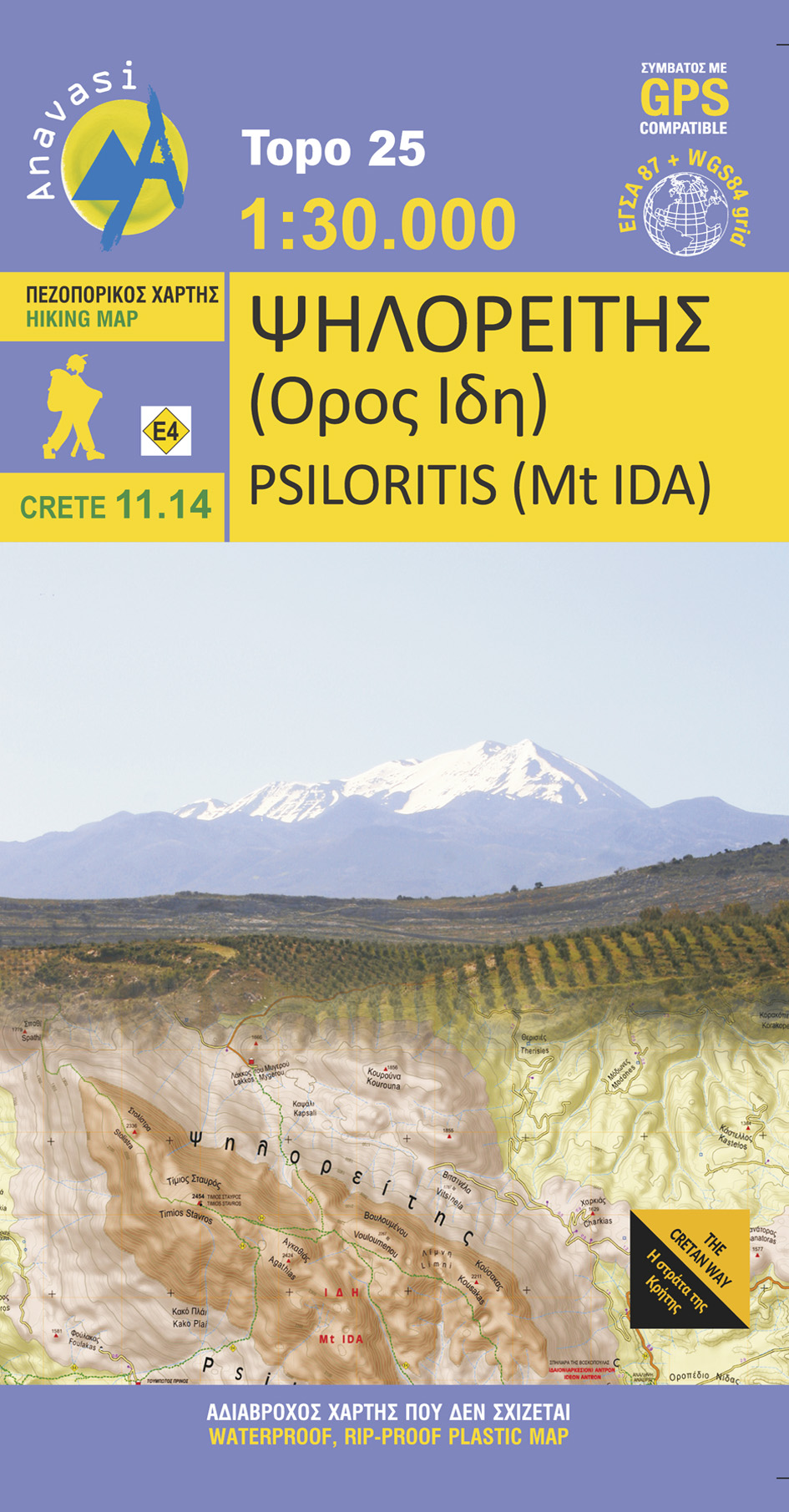 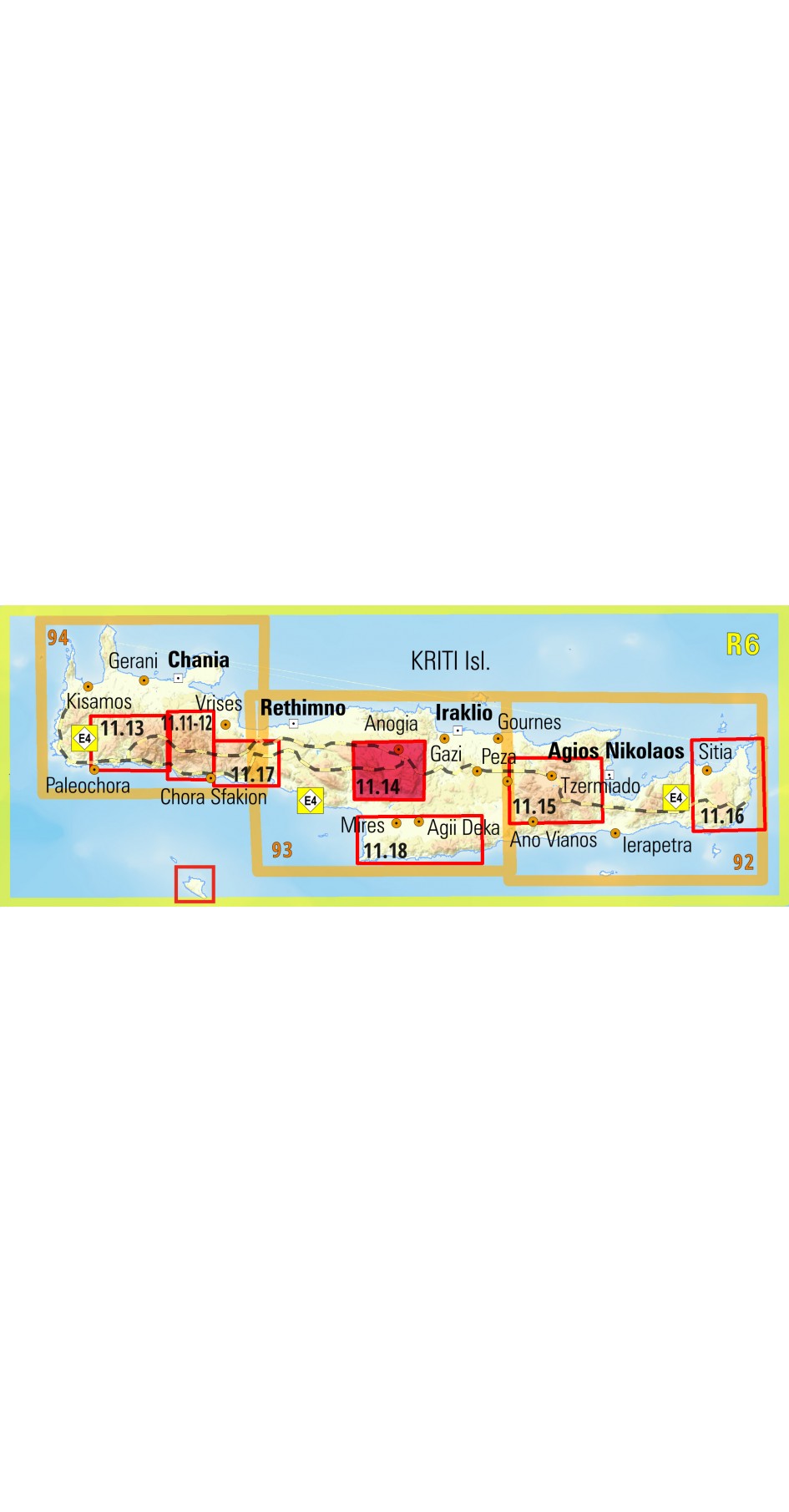 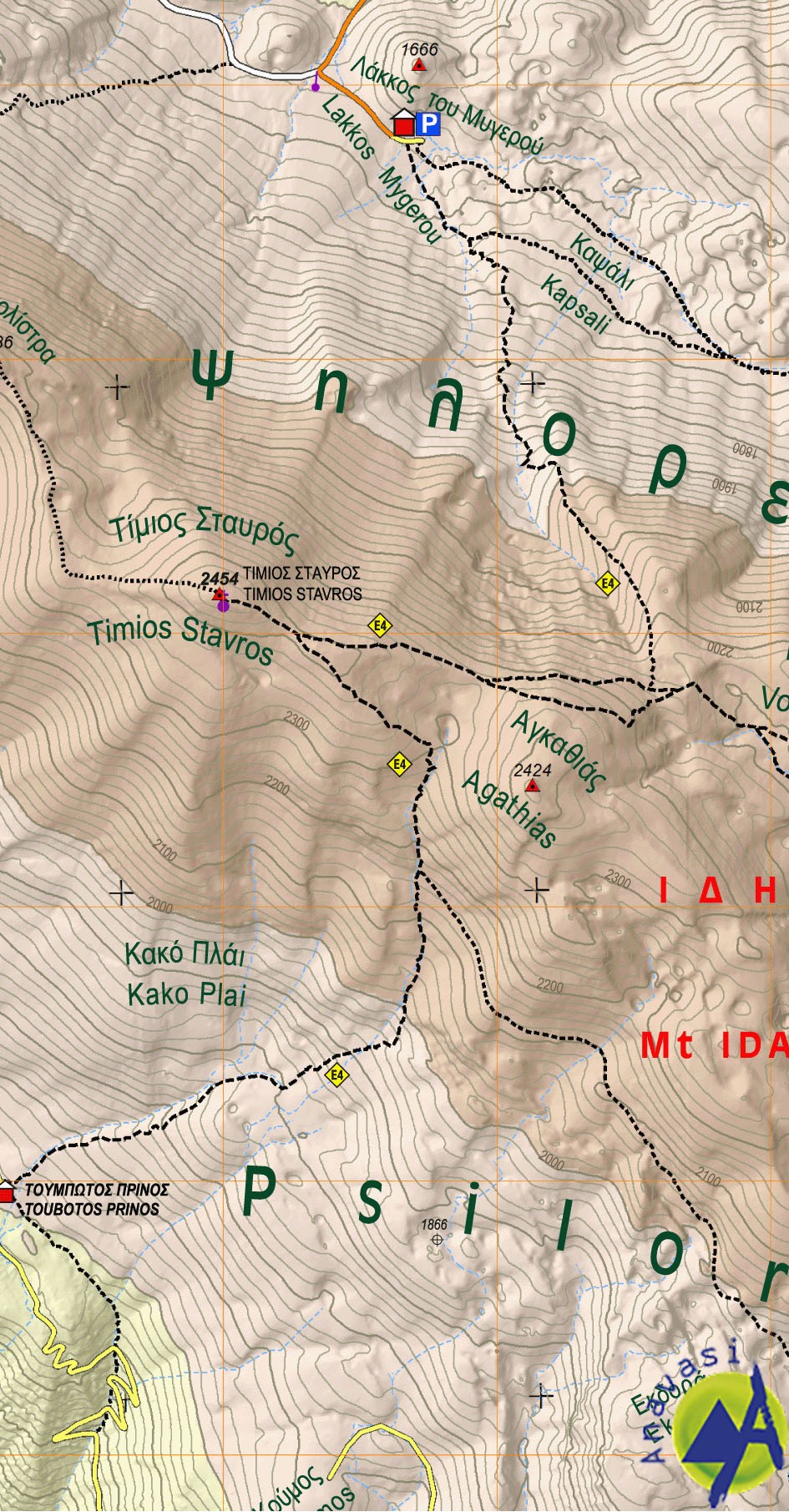 Mt Psiloritis dominates the center of the island and the hearts of the Cretan people. It is an imposing, steep and rugged mountain, the place of upbringing of Zeus, of the Cretan wild goats and the unconquered Cretan soul. Trails climb from all sides to the highest peak where there is a stone chapel of the Holy Cross. Some new hiking trails are recorded on the map, such as the new long distance trail "the Cretan Way" - and the new mountain shelter in Lakka Mygerou which has become the starting point for the most popular route to the summit. There are very interesting ancient sites on Psiloritis such as the two famous caves, Idaion and Kamares, and the archaeological site of Zominthos - a Minoan palace that has not yet revealed all its secrets. On the reverse side of the map, there are suggested walking routes, with small texts and photos. The map is printed on waterproof and durable Polyart paper.

Planning ahead for the E4 trail in Crete
10 May 0

Walking and Hiking through the cretan landscapes: the best day hikes
01 May 0