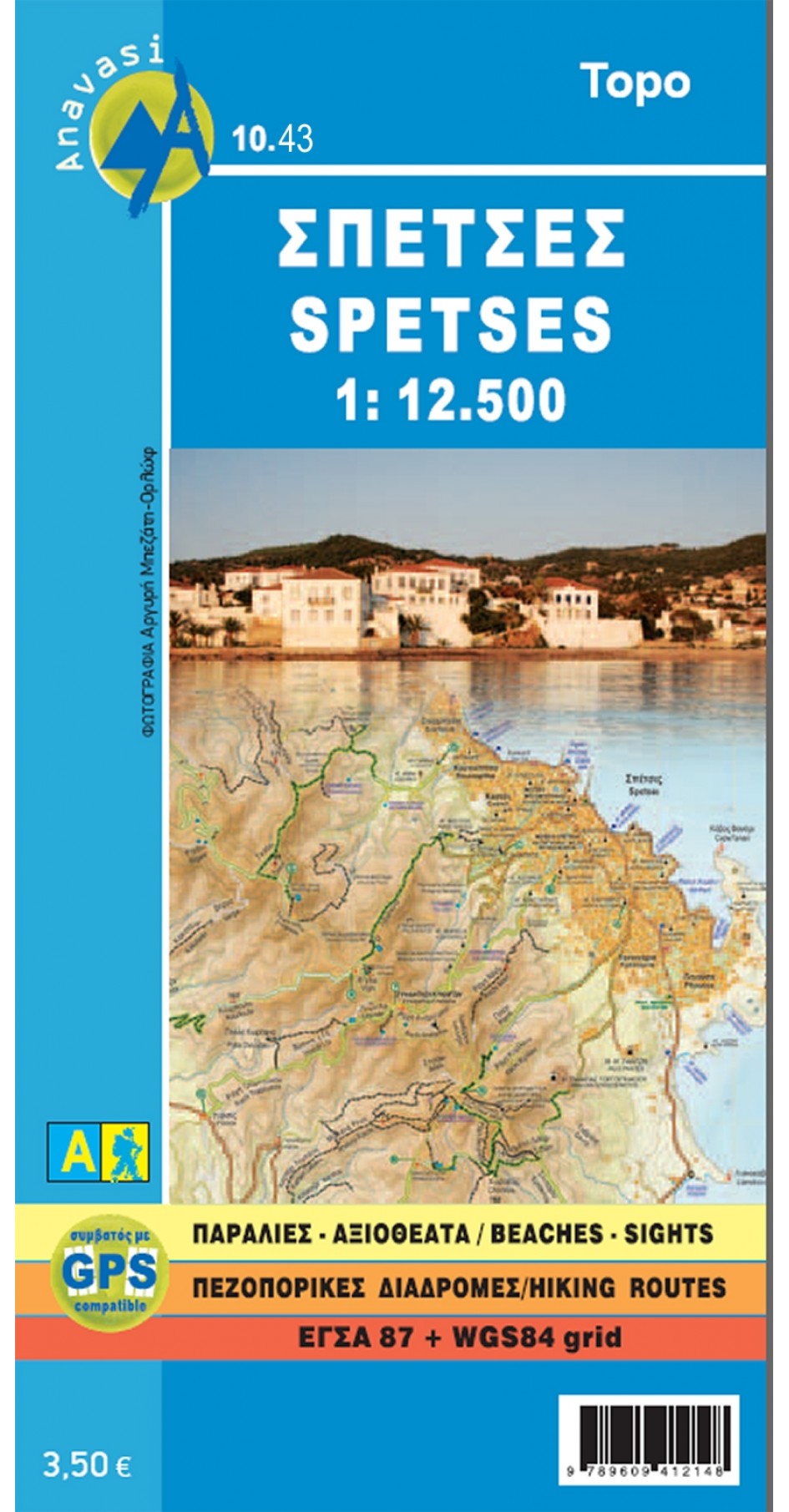 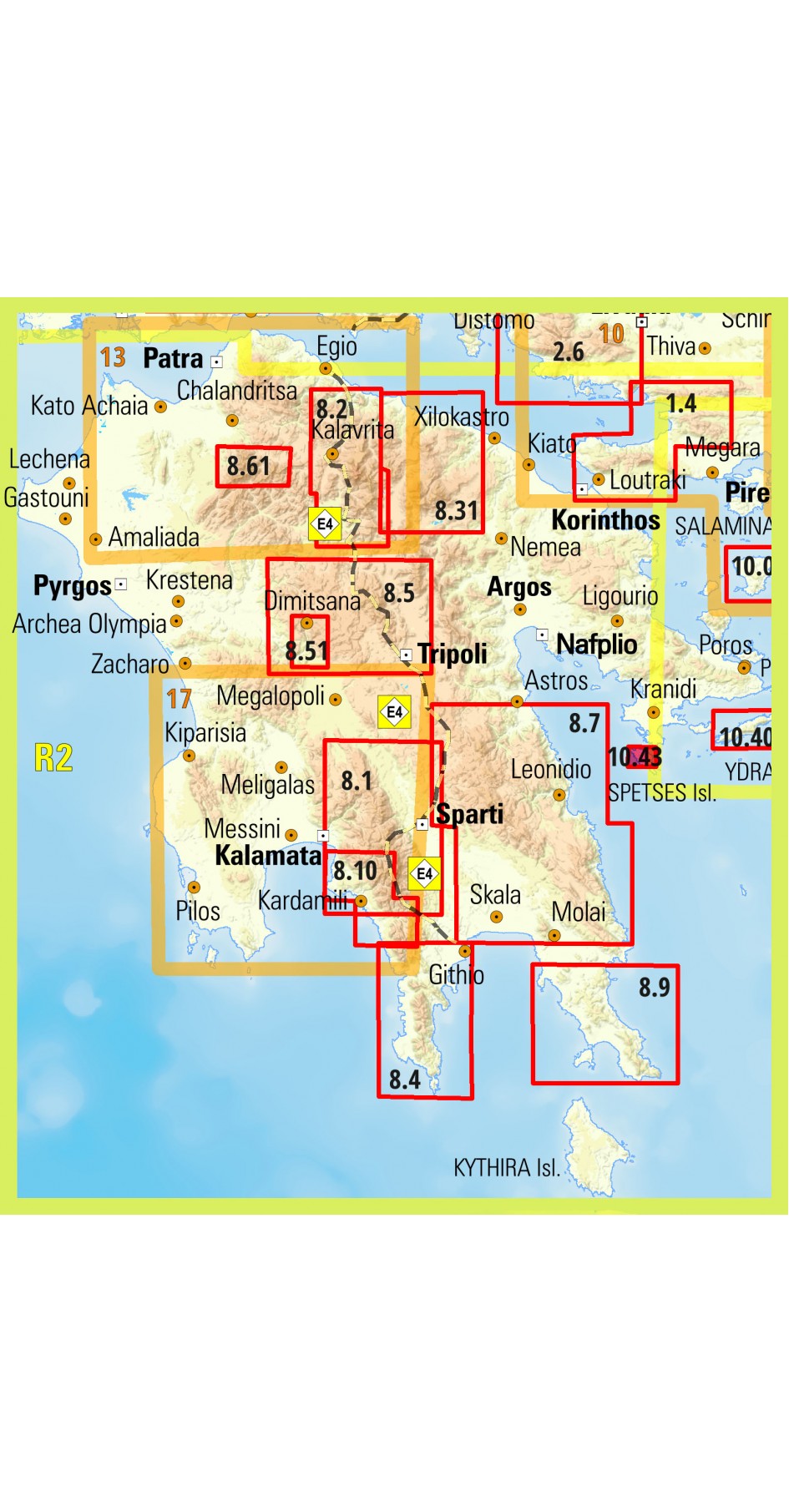 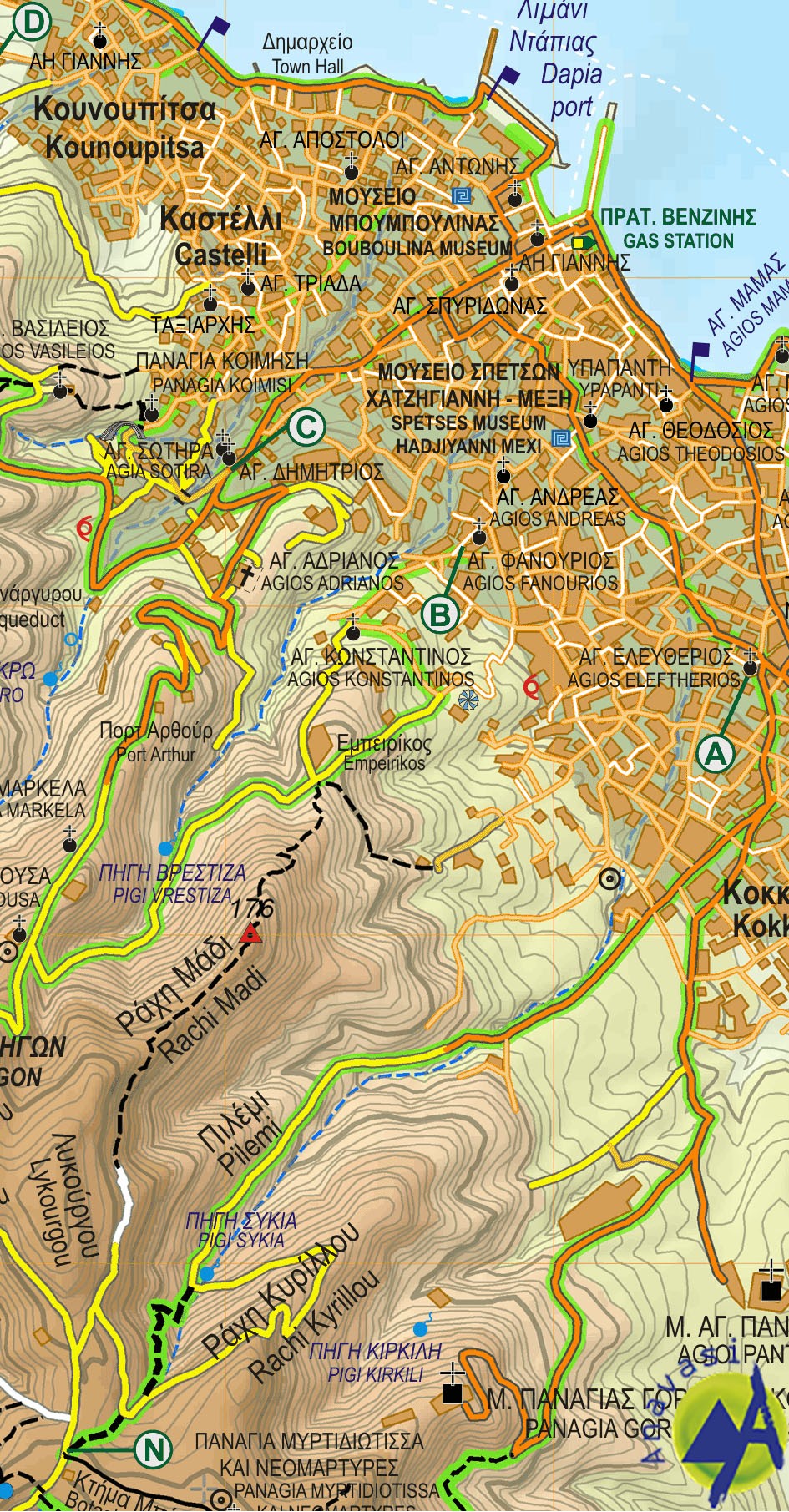 Topographic map of Spetses (or Spetsai), one of the Argosaronic islands, at a scale of 1:12 500, GPS compatible and with a street plan of Spetses Town.

The map has contours at 4m intervals with additional altitude colouring. The network of roads and paths indicates earth roads, dirt roads in poor condition, difficult roads, narrow earth paths and wide/narrow/faint paths, with suggested routes highlighted. Symbols mark various places of interest, including beaches. The map has a UTM grid for GPS use and latitude/longitude margin ticks. All place names are in both Greek and Latin alphabet. Map legends include English.