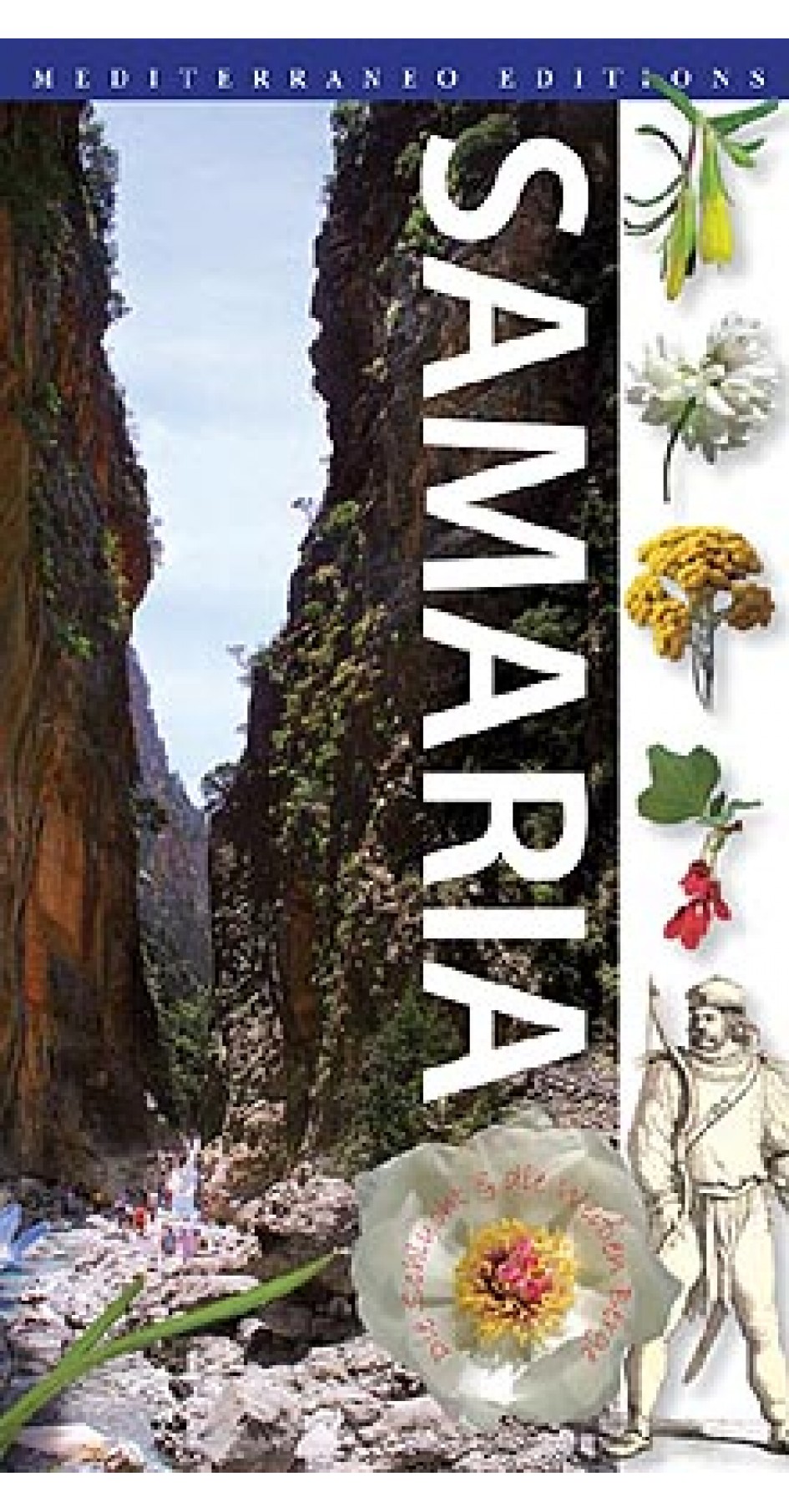 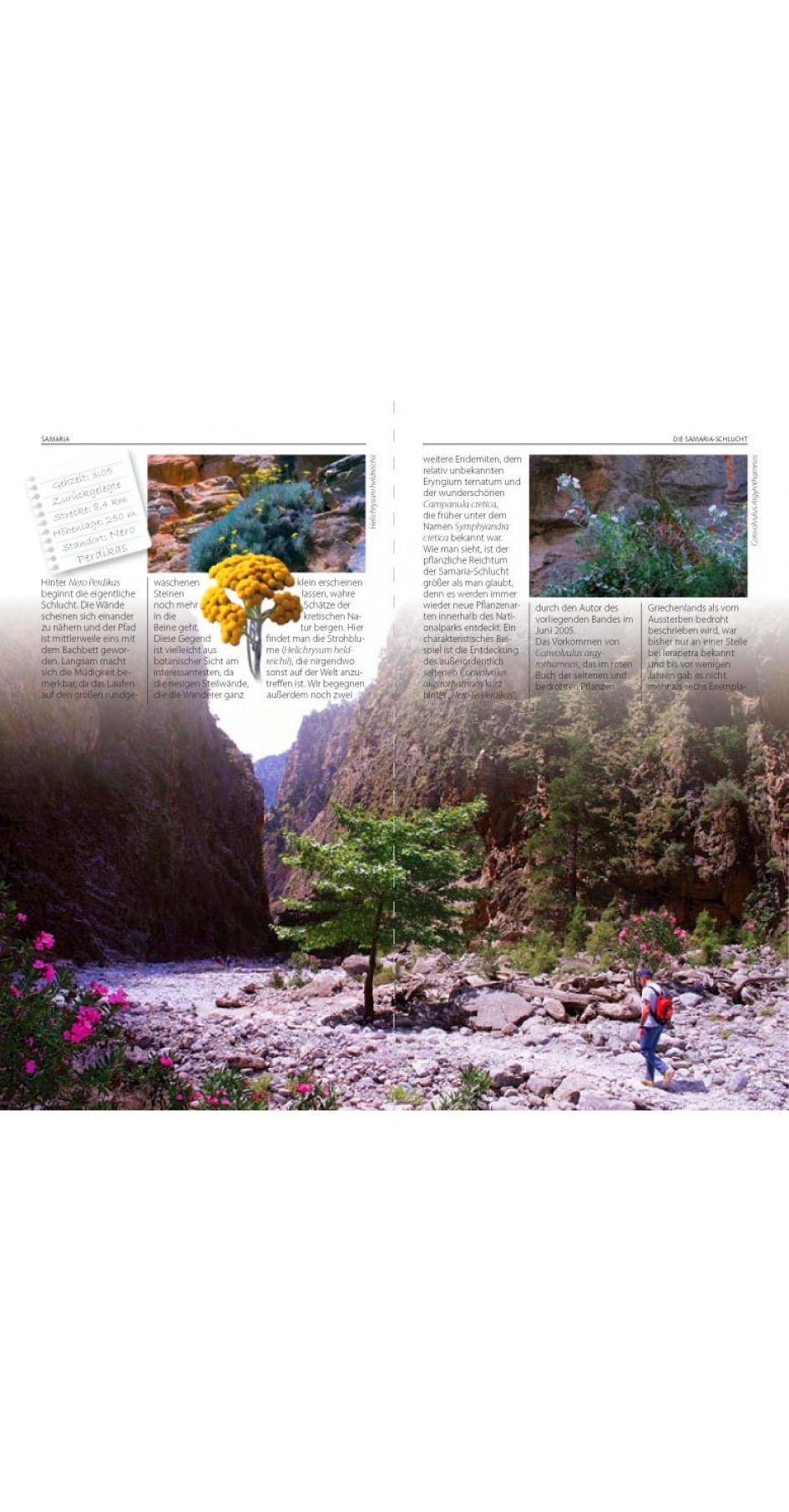 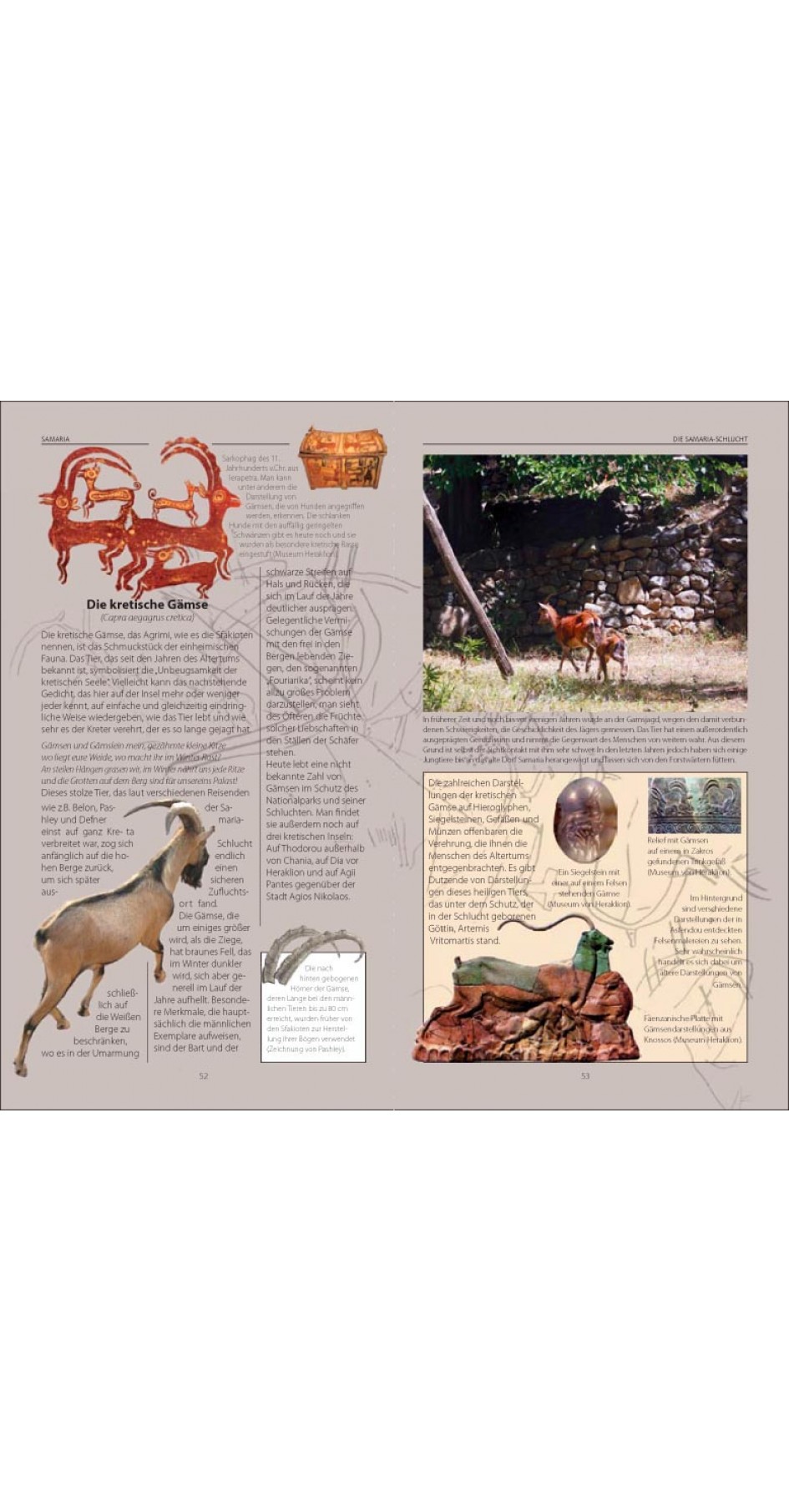 The huge limestone massif of the White Mountains dominates the west of Crete. It is characterized by its bare peaks, its plateaus and gorges. More than ten gorges cut through the mountain from north to south. The best known of them, the Samaria, which cuts through the mountain like a giant ax, is considered to be the most imposing gorge in Europe. The area of ​​the gorge, together with the surrounding peaks, has formed the Samaria National Park since 1962. The area's botanical wealth is overwhelming. Almost five hundred different plant species grow here, many of which are only found in Crete or within the gorge. A jewel of the Samaria Gorge is also the chamois, the wild goat of Crete, which lives and reproduces freely in the national park. This book,

This book is also offered in English ang Greek.