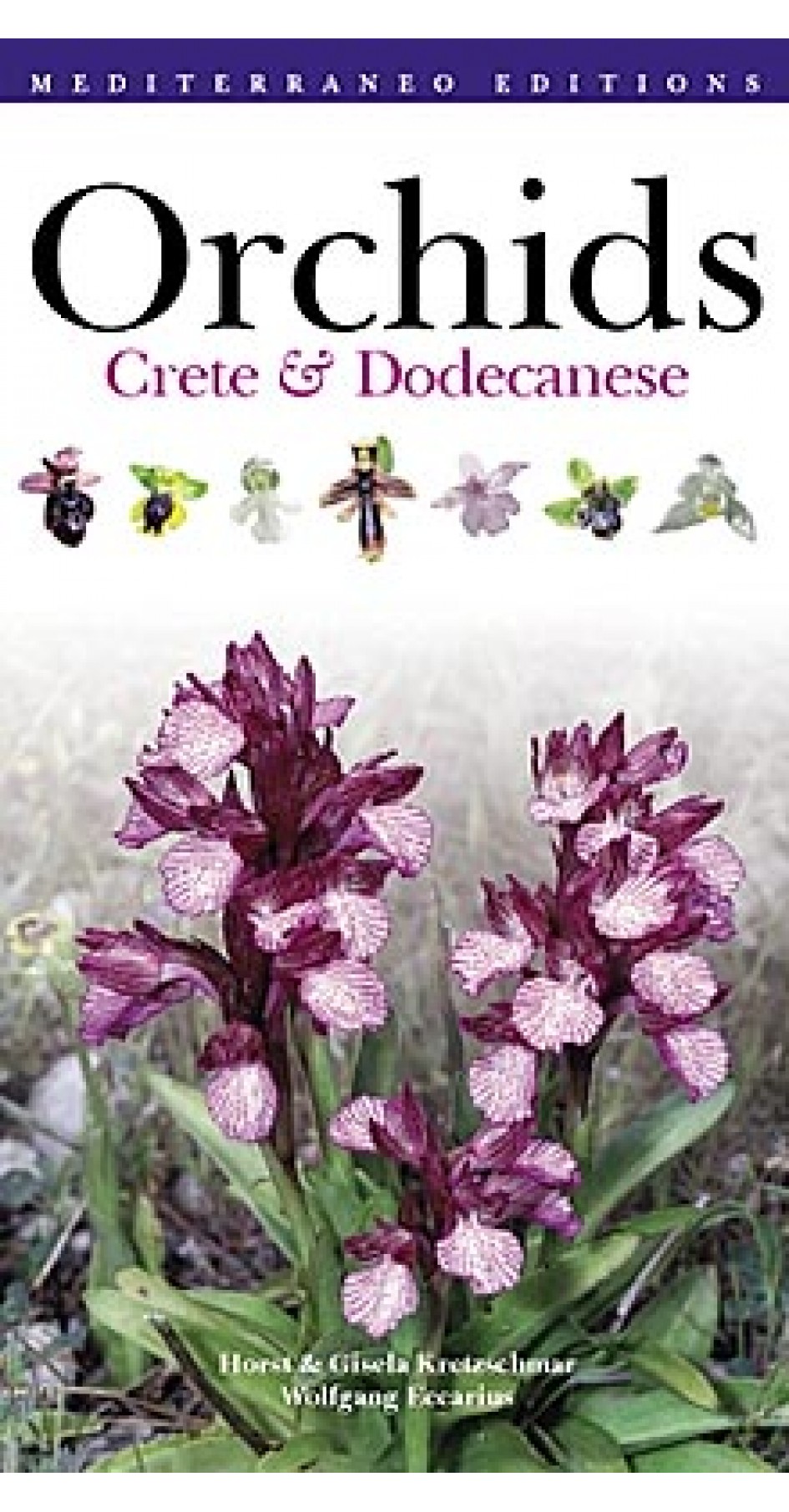 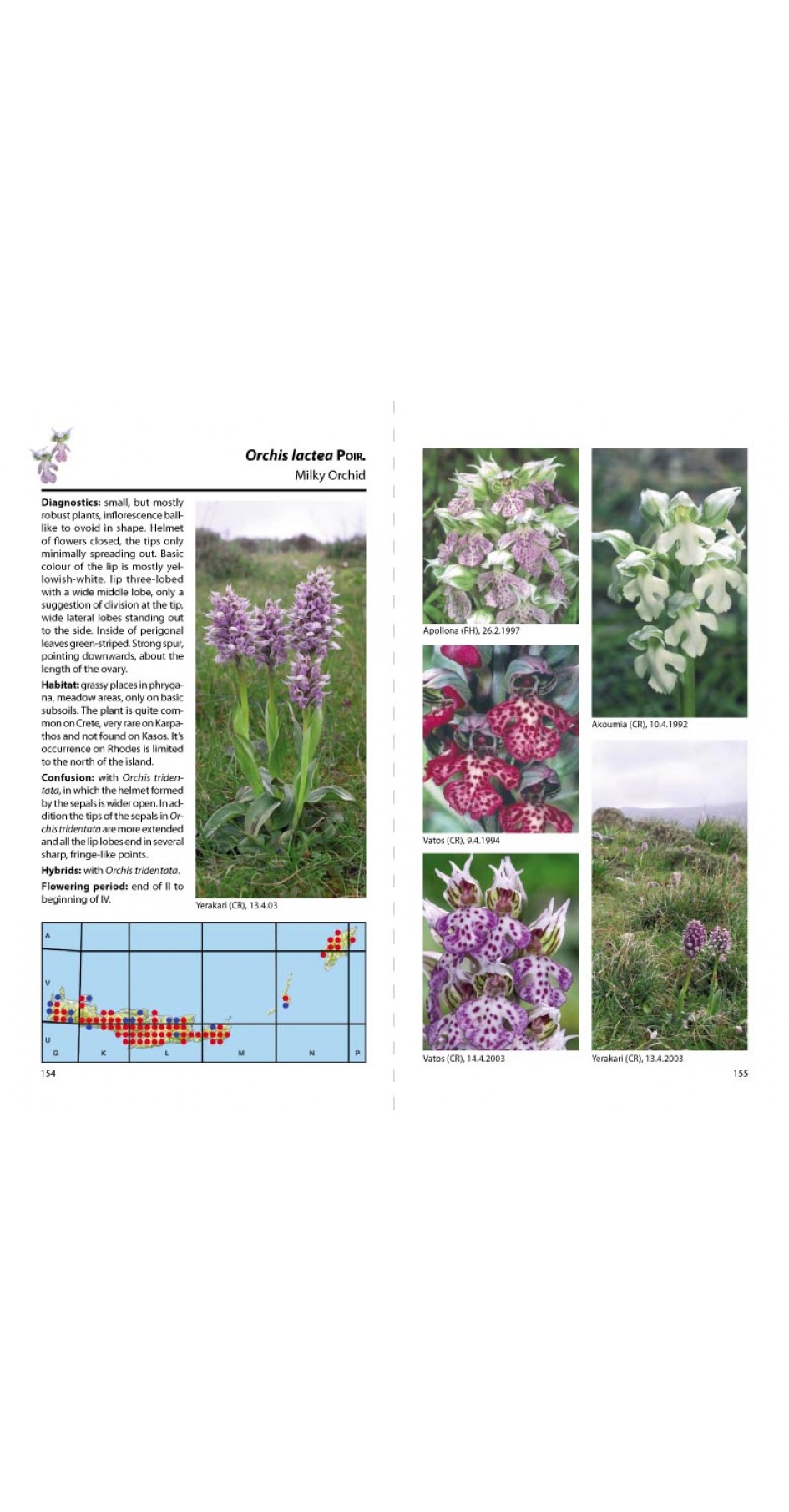 They may not be the size of their tropical relatives but they have no reason to envy the latter in form, colour and...guile. This 240-page book presents the wonderful world of the orchid species of Crete and the Dodecanese in its entirety, i.e. 70 species and 23 sub-species, while a further 5 species are to be considered doubtful or unstable. For each plant there is a detailed description and reference to the biotopes in which it is found. In addition, the species with which hybridization can occur are mentioned. The possibility of confusion with other species is noted and methods of differentiation are suggested. The description of each plant is completed by an indication of the flowering period, a distribution map and rich photographic material. A diagrammatic map showing the distribution of the species of orchid in the 4 islands is provided, and there is analysis of the condition of a number of special biotopes, especially those which contain species threatened with extinction. This is followed by a presentation of the 86 different hybrids. In the final part of the book a series of excursions is suggested, in order to help the reader towards a rapid familiarization with the wonderful biotopes of the orchid species of the southern Aegean. Prior to this book, the authors Dr Horst. and Gisela Kretzschmar, and Prof. Dr. Wolfgang Eccarius published their detailed guides to the orchid species of Rhodes (Kretzschmar et al. 2001) and Crete, Kasos and Karpathos (Kretzschmar et al. 2002) in German. It should be noted that the latter book. ''Orchideen auf Kreta, Kasos und Karpathos'' was awarded the silver medal for 2001-2003 by ΟPΤΙΜΑ.