Presentation of the new hiking map of Aegina

Presentation for Walking Tourism in Aegina

On the occasion of the publication of our new hiking map for Aegina that was made in collaboration with the Association of Active Citizens of Aegina, we participate in the presentation for Walking tourism in Aegina. The presentation will take place on Wednesday, May 11, at 19:00, at the Iris Hotel in Souvala on the topic of walking tourism and trails in Aegina.

Aegina is one of the Saronic Islands of Greece in the Saronic Gulf, 27 km (17 mi) from Piraeus. Tradition derives the name from Aegina, the mother of the hero Aeacus, who was born on the island and became its king.

An extinct volcano constitutes two-thirds of Aegina. The northern and western sides consist of stony but fertile plains, which are well cultivated and produce luxuriant crops of grain, with some cotton, vines, almonds, olives and figs but the most characteristic crop of Aegina today (2000s) is pistachio. Economically, the sponge fisheries are of notable importance. The southern volcanic part of the island is rugged and mountainous, and largely barren. Its highest rise is the conical Mount Oros (531 m) in the south, and the Panhellenian ridge stretches northward with narrow fertile valleys on either side.

The beaches are also a popular tourist attraction. Hydrofoil ferries from Piraeus take only forty minutes to reach Aegina; the regular ferry takes about an hour, with ticket prices for adults within the 4–15 euro range. There are regular bus services from Aegina town to destinations throughout the island such as Agia Marina. Portes is a fishing village on the east coast. 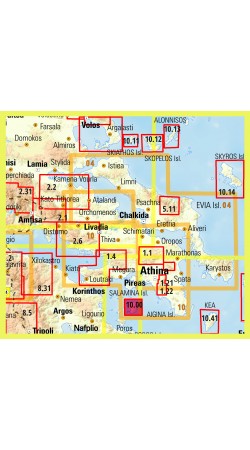 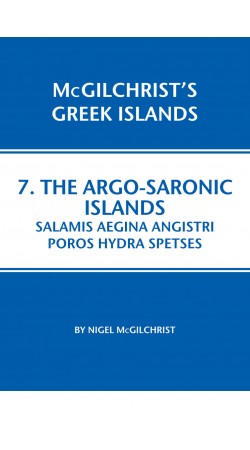