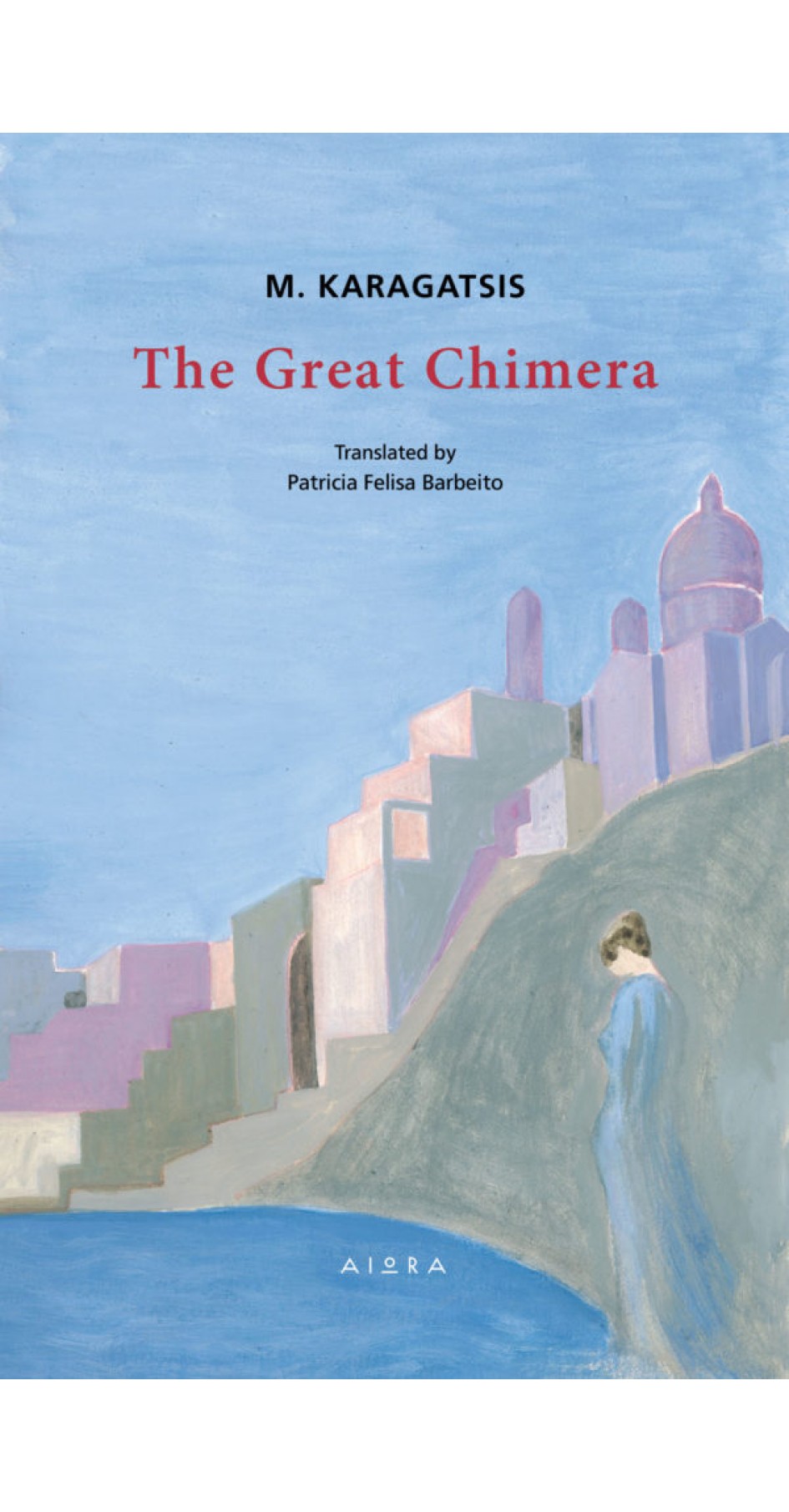 Eager to flee the parochialism of her French upbringing, and a painful family past, the young and beautiful Marina falls in love with a seductive Greek sea-captain she meets at the port of Rouen. She follows him to the Aegean island of Syros to begin a new life as a married woman in the home of her formidable mother-in-law. Enchanted by the beauty of her surroundings, and fascinated by her husband's erudite younger brother, she aspires to learn all she can about contemporary Greek culture and live up to the ideals of her classical education. But when disaster upends her husband's shipping business and the comfortable stability of their life together, Marina's world slides into a vicious circle of love, passion, and death.

Set in the early decades of the twentieth century, The Great Chimera is an exquisite account of the inner life of the heroine, and the collisions of different cultures and ways of being. In prose that ranges from the lyrical to the tersely realist, Karagatsis weaves a classic tale that is wide-ranging in its literary references, and devastating in its psychological nuance. This modern Greek tragedy has been made into a TV series and a highly acclaimed stage play, enjoying three sold-out seasons in Athens, and an international tour.

Ever since I read Karagatsis's ingenious take on The Scarlet Letter I have thought it had to be translated into English! The Great Chimera, a story of a woman finding her pleasure in adverse conditions, told without judgment, even with a certain vindication, wraps the reader up in its windy nights on the isle of Syros. We are the woman as she walks down the hill to the port, seeking solace from a sea captain who is not her husband. Barbeito's translation makes everything real for us. A stunning achievement!


Among the novelists of Greece’s gen­eration of the Thirties, it is Karagatsis whose works still have the greatest  appeal to the common reader. Patricia Barbeito’s dextrous translation of Chimera—the first in English—gives a good sense of why this is the case. A new audience will now discover Karagatsis’ vivid narrative gifts.