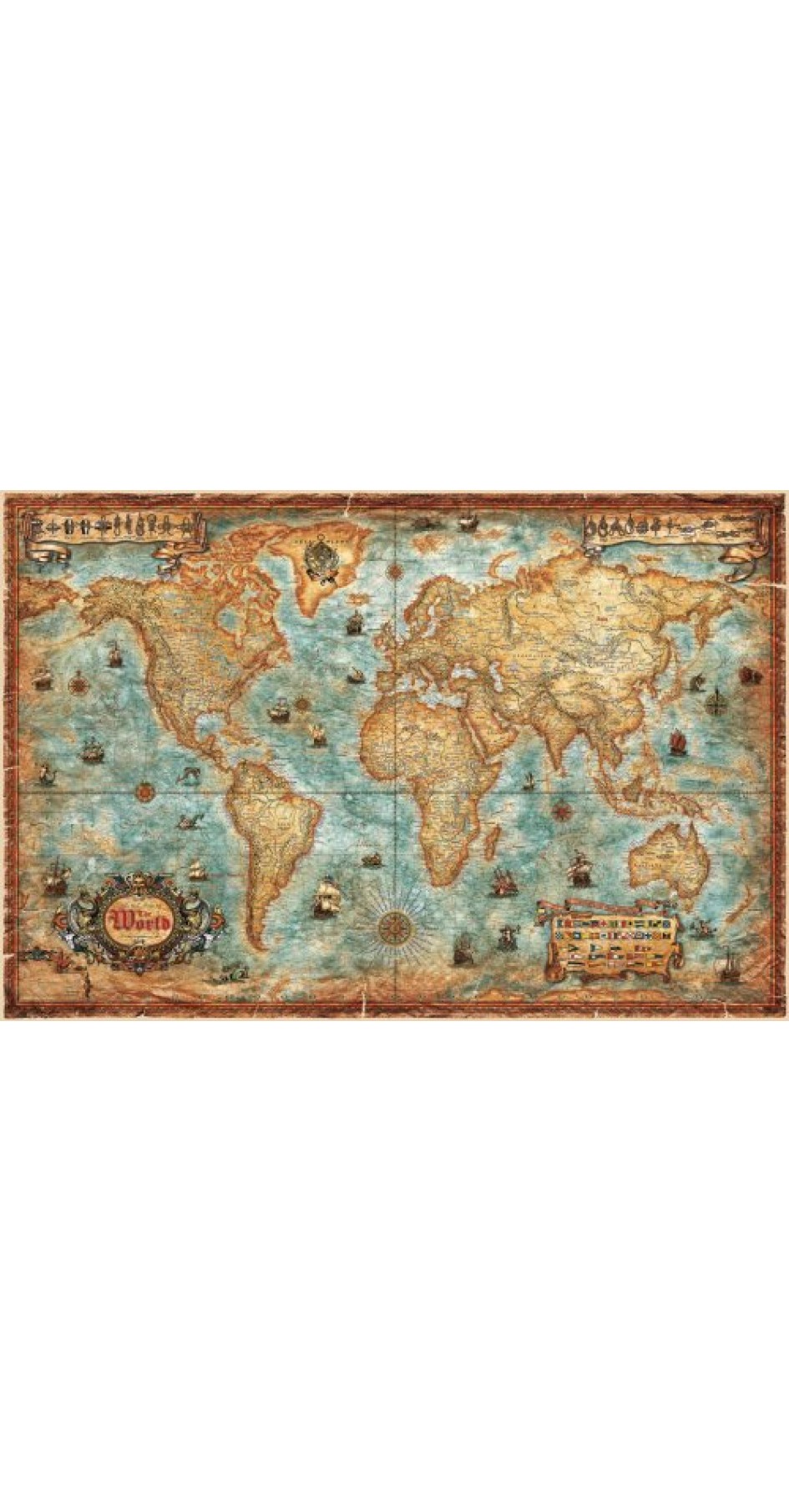 The RayWorld map is a legible and precise geographical and political map. Along with the countries, cities, rivers, mountains, sea and oceans the map also features the meridians, parallels, winds written in Latin, ice zones as well as warm and cold fronts marked by seasons. There are also nautical flags and knots, morse code and even time zones. There is an astrolabe on Greenland (the astroble is a very ancient astronomical computer for solving problems relating to time and the position of the sun and stars in the sky, one of the first navigational instruments. Astrolabes are used to show how the sky looks at a specific place at a given time). The ships and sea creatures depict ancient and imaginary worlds.