Chania - The City & The Prefecture (Greek) 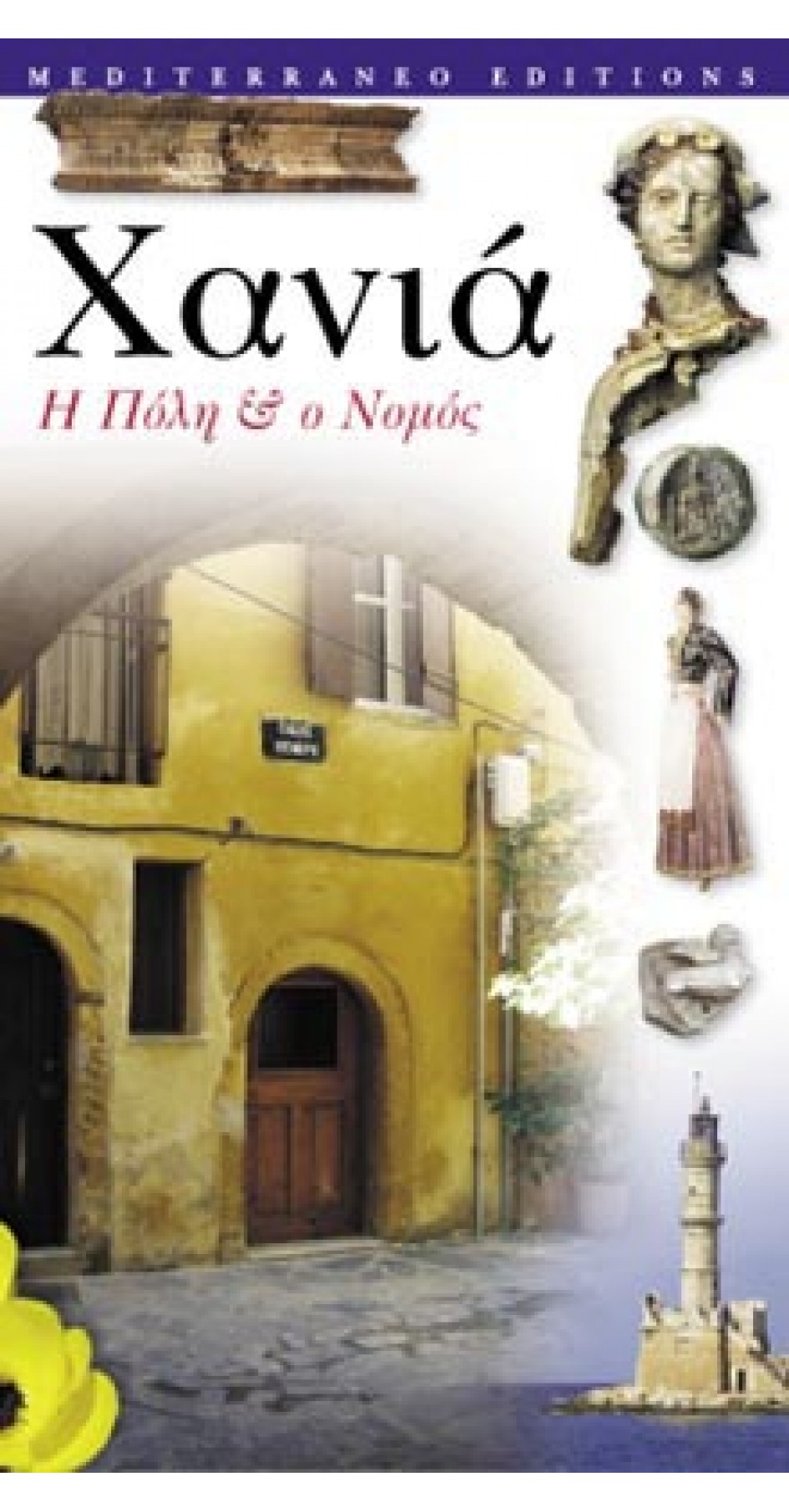 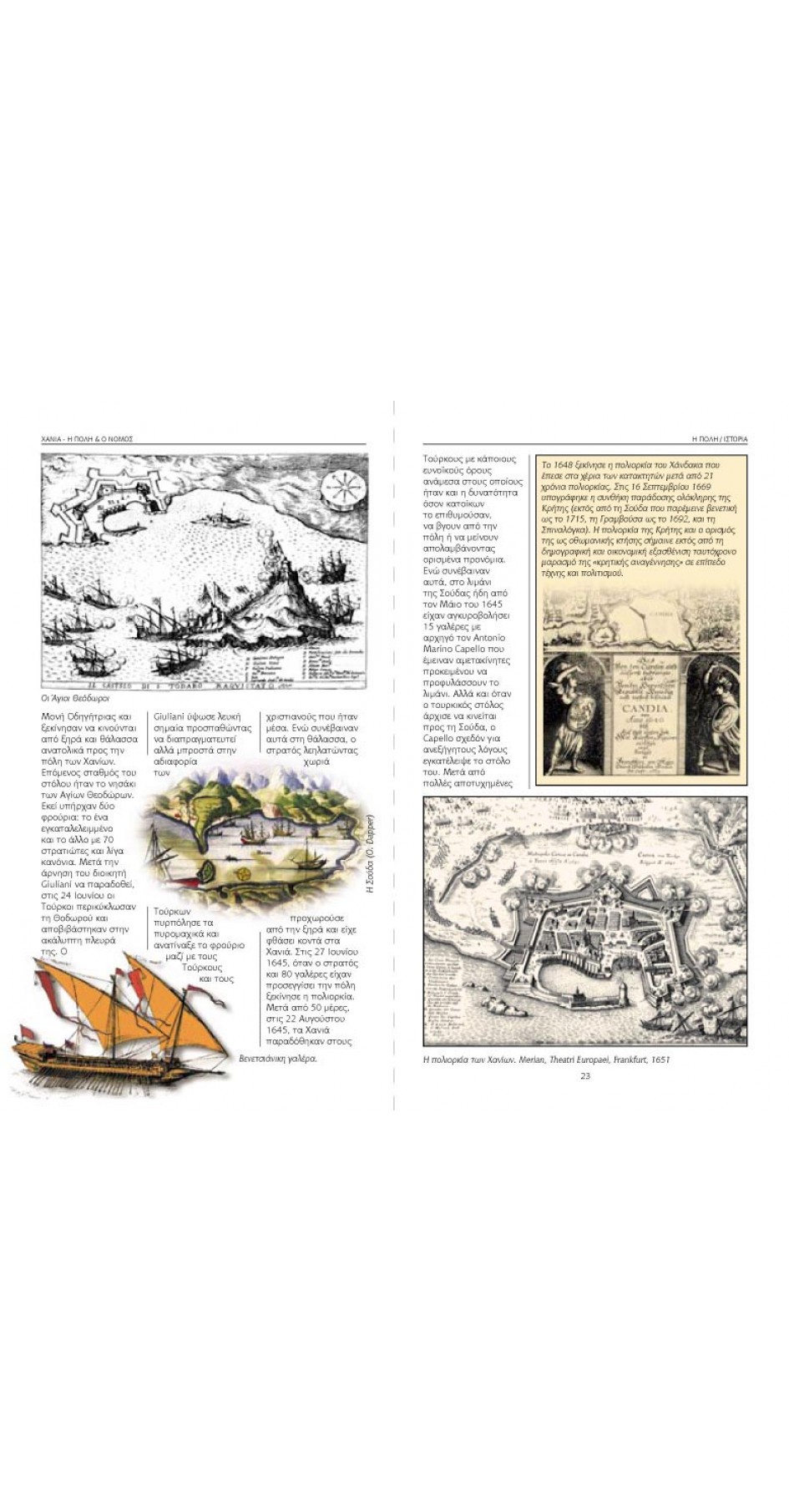 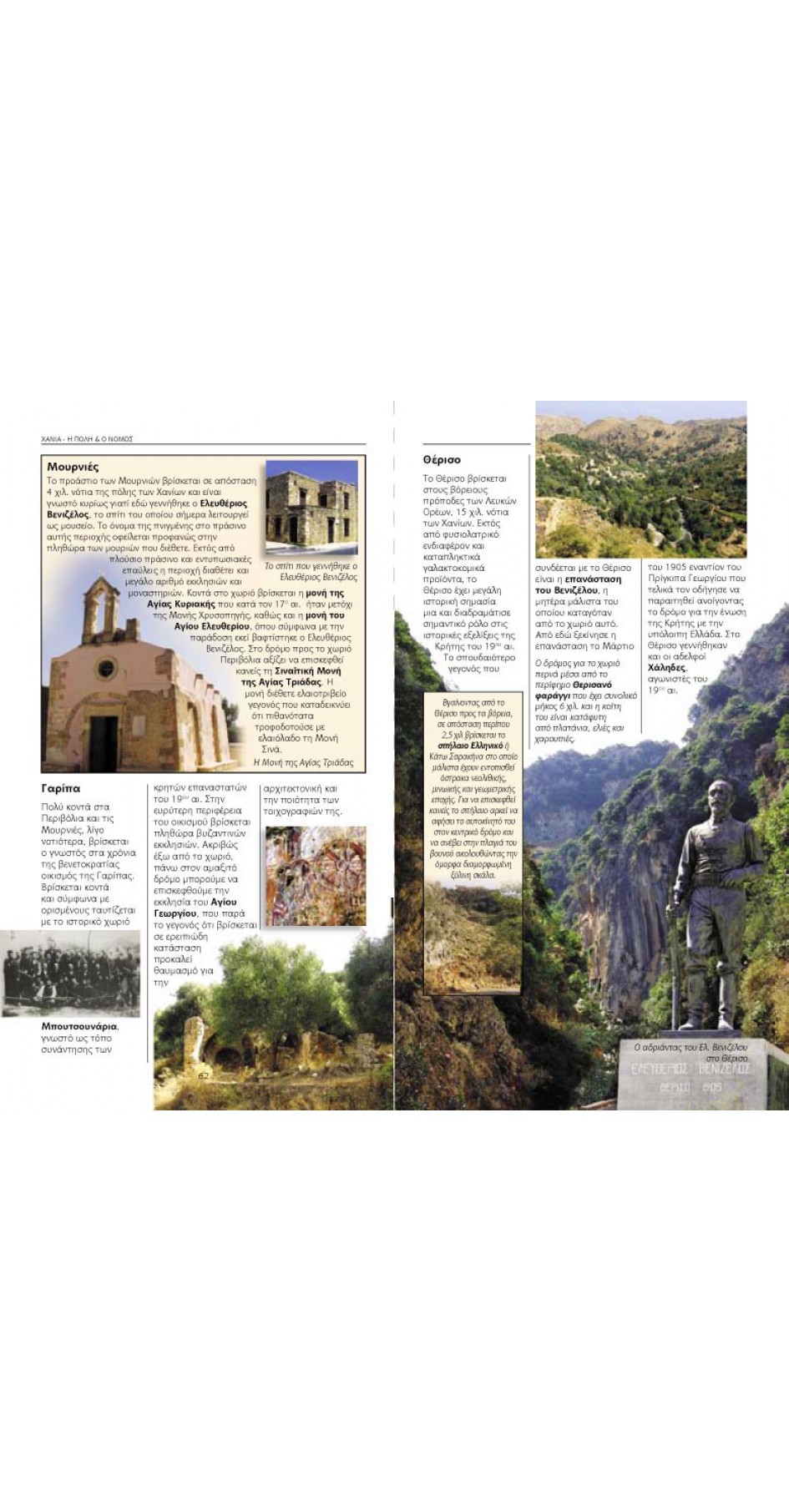 The Prefecture of Chania occupies the western portion of Crete and encompasses an area of 2,376 square kilometers. The Sea of Crete laps its northern shore and Sea of Libya the southern. It shares its eastern border with the Prefecture of Rethymnon. Chania, the capital of the prefecture, is a picturesque seaside town with perfectly preserved historical features, a modern infrastructure, and an active cultural life. Just south of the city lies the massif of the Lefka (White) Mountains. The range extends to the Sea of Libya and covers nearly 1/3 of the area of the prefecture. In addition to the picturesque traditional villages perched on its slopes, the Lefka Mountains are a true nature lovers paradise with dozens of gorges, and numerous ravines, plateaus, rivers and mountain peaks to enjoy. The Samarian Gorge is the major monument to nature in this region. It is not only the largest gorge in Crete but in all of Europe as well and was declared a National Park in 1962. Southwest of Chania is the plain of Kantanos, an area filled with Byzantine churches and historical monuments, the seaside resort of Paleohora, with its fortress and many archeological sites, and the important cities of ancient Crete: Lissos, Syia, Elyros, and Yrtakina. The region of Kissamos, to the northwest, is teeming with natural and cultural points of interest. Some of these include the rugged landscape of Elafonissi with its amphitheatrical villages dotting the west coast, the traditional villages of Inahorio, the peninsulas of Gramvoussa and Rodopos, and the unique archeological sites of Falassarna, Polyrrinia and Diktynna. In addition, one can find monasteries, Byzantine churches, small ravines, and, of course, wonderful beaches to the east and west Gramvoussa.