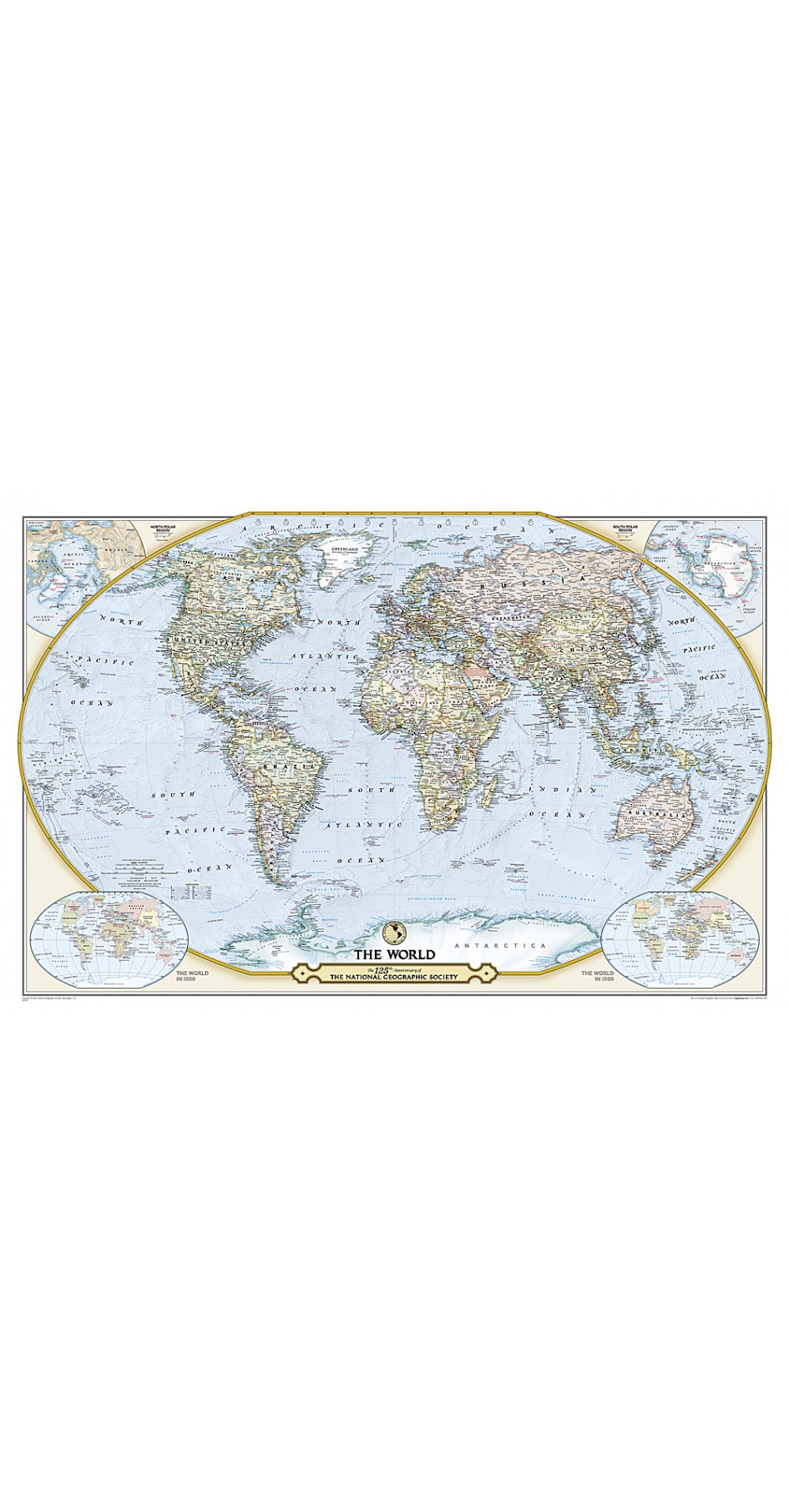 This special edition map commemorates the National Geographic Society's 125th Anniversary with a modern spin on a classic map design. The map portrays a contemporary political world accompanied by two insets, showing the world as it appeared in 1888 and 1988—the Society's founding and centennial years.